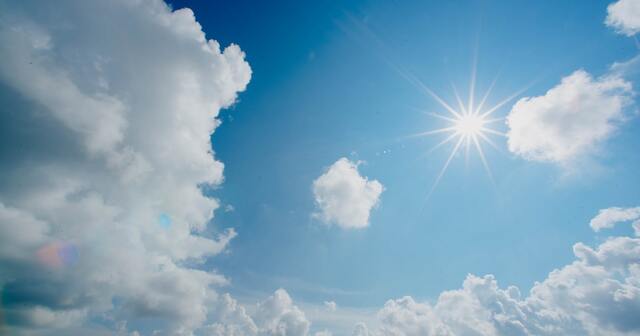 Sunny With a Chance of Apocalypse

Editor's Note: This article has been edited slightly since it was first published.

In a 2015 San Francisco Chronicle op-ed on California’s response to climate change, Dr. Jon Christensen, an adjunct professor at UCLA’s Institute of the Environment and Sustainability, coined the phrase “sunny with a chance of apocalypse” to explain his views on “climate-change communications.” He used the term to critique the “doom and gloom” mindset that typifies much of the discussion on climate. Unfortunately, however, that doom and gloom has gained far wider currency and is now even having an effect on the supply and price of electricity throughout the country.

Take, for example, Consumers Energy, a state-regulated monopoly utility in Michigan that struck a deal with the California-based financier turned environmental activist Tom Steyer. The “sunny” mindset permeates its Integrated Resource Plan, a document the company submitted to state regulators at the Michigan Public Service Commission in June 2018. In the plan, Consumers pledged that it would move to “zero coal use” and end some existing contracts for natural gas. It also said it would end a purchasing agreement for nuclear energy, effectively removing that source from its list of energy options.

The planning document lays out the utility’s ideas of how it will generate electricity for its nearly 1.8 million customers over the next two decades. Adopting the language of the environmental movement, Consumers has spiced the plan with terms like “redefining our company” and “reshape Michigan’s energy future.”

Officials at Consumers also describe how, going forward, they see their role in the state as “to act as a driving force for good.” This is, of course, somewhat removed from the common understanding that an electric utility exists to provide affordable, reliable electricity to its customers. And the traditional role of an electric utility is of primary importance here. While Consumers is attempting to reduce greenhouse gas emissions from its generation fleet, the choices it makes in its planning documents will have profound impacts on customers. Examples from other companies that have attempted the same type of transition bear out this simple fact: Depending on highly variable renewable energy leads to high costs and reduced reliability.

This fact was discussed by California-based environmental advocate and former gubernatorial candidate Michael Shellenberger in an April Forbes.com column. He noted, “Between 2009 and 2017, the price of solar panels per watt declined by 75 percent while the price of wind turbines per watt declined by 50 percent.” Even so, “during the same period — the price of electricity in places that deployed significant quantities of renewables increased dramatically.” He points to three places that spent heavily on their renewable energy transition to demonstrate his point. Specifically, electricity prices in California jumped by 24 percent from 2011 to 2017. In Germany, they increased by 51 percent from 2006 to 2016. And in Denmark, prices skyrocketed up by over 100 percent since 1995.

Similar findings were reported by the U.S. Department of Energy. Its document, Staff Report to the Secretary on Electricity Markets and Reliability, found that once solar provided more than 5 percent of the electricity used in Texas, its capacity factor at peak hours dropped off markedly. To translate, as you build more solar, a smaller percentage of it is used to meet peak loads. Once solar provides more than a modest amount of all the electricity required, the money spent on it does almost nothing to meet electricity demand at peak times.

One response to Shellenberger said he was “too simplistic,” arguing that there was more to rising prices than just the construction of new renewable generation facilities. Among the other key reasons for rising prices, the respondent said, were the high costs of building new transmission lines and the fact that utilities in these regions chose to close large, baseload nuclear plants. Unfortunately for the state of Michigan, that is exactly what Consumers Energy plans to do — close baseload plants, build new transmission lines and spend billions more on new renewable energy sources.

Together, these factors cannot help but raise electricity prices and reduce electric system reliability for Michigan residents. To the extent these factors increase costs and decrease reliability, utilities — especially in regulated markets where no other option exists — put their customers in a far more precarious situation. It is one thing for utilities to push for more efficient operations and to work toward reducing overall emissions. But, at some point, they must recognize that storage and renewable energy are not sufficiently reliable or cost-effective to allow us to safely move entire systems over.

It’s time for Consumers Energy to leave off the environmental activism, withdraw its plan and go back to producing affordable, reliable electricity for its customers.