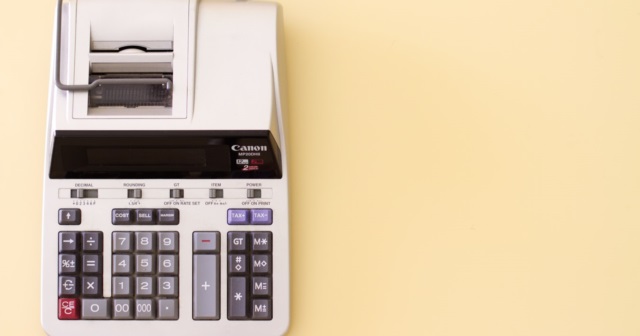 Are Michigan taxpayers undertaxed? The governor’s office seems to think so.

In a presentation to the Michigan Society of Association Executives, Michigan Deputy Treasurer Jeff Guilfoyle argued that Michigan taxes less than it used to. He pointed to the decrease in state taxes as a share of personal income, which is the state’s constitutional limit after voters approved the 1978 Headlee Amendment.

But Headlee is a spending limit, not a recommended spending level. It is meant to ensure that government growth is held in check and that it does not grow beyond taxpayers’ ability to pay.

The state is well below the limit set in the amendment, meaning that residents’ income has increased more than state tax revenue since 1978. But the nature of their income has changed over time. A greater portion of it is now made up of government transfer payments like Social Security, Medicare and food stamps. This is counted as income in economic statistics, though it not a necessarily a sign that residents can afford to pay higher taxes. (Some of it may be. Even the wealthy collect Social Security.)

State tax revenues are up 54% since fiscal year 1979-80 when adjusted for inflation, while personal income, excluding transfer payments, is up a similar amount, 56%.

So it’s not as clear that Michigan residents can easily afford higher taxes. With just the one adjustment for transfer payments, the state is roughly where it was when the limit was put in place. That the state still has room to raise taxes under the Headlee limit is not evidence that Michigan residents can afford higher taxes as much as it is that lawmakers ought to consider setting a stricter limit on state spending. 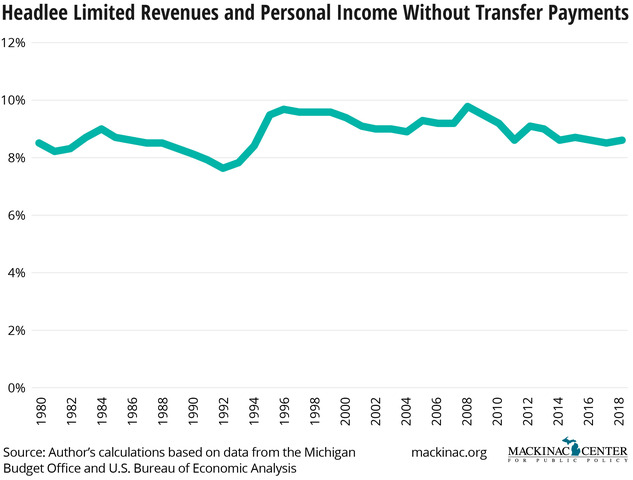