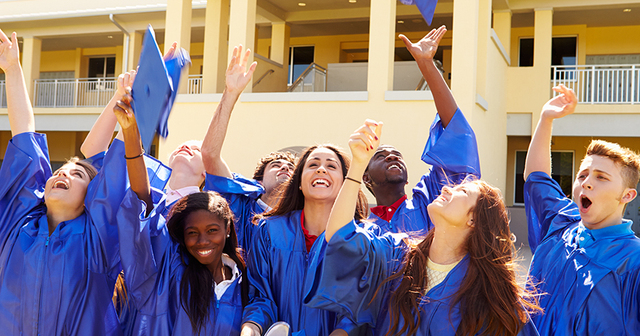 By failing to account for poverty, Michigan unfairly puts some schools at bottom

The Michigan School Reform Office has once again released a school rankings list that only tells part of the school-performance story.

The 2016 Top-to-Bottom rankings assessed schools only on students’ test scores, which can be problematic for schools with a high percentage of financially disadvantaged students. The state’s system is better at measuring the student poverty rate of a school than its performance and should be improved to provide context to raw test scores.

Anticipating this release, the Mackinac Center for Public Policy published The 2016 Michigan Public High School Context and Performance Report Card, which evaluated schools both on test scores and the socio-economic status of their students. This is the third time the Center has published such a report for high schools.

“By grading schools on both performance and student poverty, we are closer to measuring the impact that individual high schools have on student performance,” Ben DeGrow said in an article published by the Midland Daily News.

The Times Herald explained that the report used each school’s four-year average of standardized tests to determine if a high school “was performing as expected considering the economic background of its students.” DeGrow spoke about the method to WSJM news:

We want to look at and see how are they doing compared to where you would expect them to do with the poverty, and some schools are getting better success compared to other schools with similar demographics, and those schools get higher grades on our report card.

By considering poverty, the Mackinac Center’s report shows that some schools are defying the odds and performing better than expected given the great challenges their students face at home. Saginaw’s Arthur Hill High School, for example, is on the state’s 2015 “Priority List,” qualifying it for closure, but it is performing in the middle of the pack when student poverty is considered.

"There's room for improvement there. There always is, but compared to some other schools that have a lot of students in poverty they're doing a pretty decent job. And that deserves some recognition from the state," DeGrow told WNEM News 5.

DeGrow told WJR’s Guy Gordon that Detroit schools, overall, did not score well on the Mackinac Center’s report, even when poverty is considered. “The few bright spots are some of the charter schools in Detroit as well as some of the schools with selective admission,” he said.

According to Michigan Capitol Confidential, every school taken over by the Education Achievement Authority received a failing grade. But many Detroit charters met or exceeded expectations.

When measured by the 2015 elementary and middle school report card as well as the 2016 high school report card, the 76 Detroit charter schools earned an average CAP score of 99.16, just below the expected performance level. Roughly 30 percent earned an A or B, in line with state averages, while nearly 40 percent received a D or F.

The report relied on public data and the methodology is detailed in the study. DeGrow told The Times Herald he hopes such transparency reinforces the need to improve the state’s approach.

Read about the Context and Performance Report Card.

Read the article in the Midland Daily News.

Read the article by The Times Herald.

Read the article by WSJM news.

Read the report by Local 4 News.

Listen to the interview on The Guy Gordon Show.

Read DeGrow’s Letter to the Editor in The Times Herald.

Read the Mackinac Center’s response to the state’s rankings.