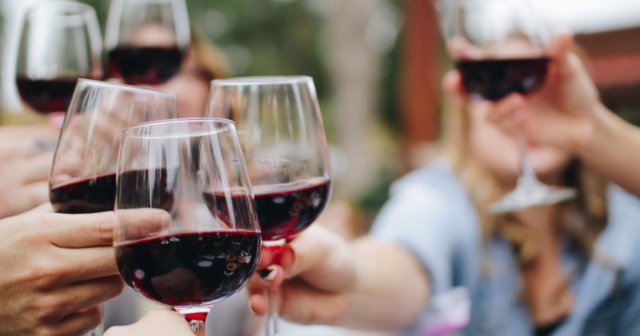 State Should Drink Up Monopoly Profits from Beer and Wine Wholesalers

State lawmakers routinely joust over scarce state resources. There always seems to be high priority public goods in which the state wishes to invest. The administrations of Gov. Rick Snyder and Gov. Gretchen Whitmer, for example, advanced tax hike plans to spend more on state roads and bridges. The Mackinac Center has an idea to raise tax revenues that both Republicans and Democrats should love.

Lawmakers can increase state revenue without reaching into taxpayer pockets. They can do this by eliminating stipulations in state law that confer special — and often anticompetitive — favors upon a small group of beer and wine corporations.

Competition leads to lower prices. If lawmakers fear lower prices for beer and wine would lead to more consumption and problems, the state could simply raise taxes on these products so that the price consumers pay — and the state’s public safety goals — remain steady. The state, taxpayers, entrepreneurs and consumers could all be winners.

Just repealing two rules that artificially increase the price of beer and wine would be a good start. These rules, known as “post and hold,” are effectively legalized price collusion. They mandate that manufacturers and wholesalers disclose price changes of their products to a Lansing office, where they are available for public review. In addition, they prohibit (with some exceptions) price changes for a period of time. This acts to suffocate price competition and, according to a 2012 article in the International Review of Law and Economics, raises the cost of beer and wine by an estimated 6.4% and 30%, respectively.

In a 2019 paper titled “The Price of Liquor is Too Damn High: Alcohol Taxation and Market Structure,” two scholars considered the impact of post and hold on prices of hard liquor in Connecticut. They estimate that if Connecticut repealed its law and taxed away price declines, tax revenue from liquor sales would rise by 350%.

Obviously, Connecticut-specific research on liquor doesn’t perfectly translate to Michigan. After all, Michigan is a “control” state, making it monopoly wholesaler for spiritous liquor across the state. It brings in revenue with different liquor taxes and a hefty 65% mark-up on the products it distributes to retailers. Still, a 350% increase in beer and wine revenue during fiscal 2021 would increase state revenue by $126 million.

What if the state undertook a much larger set of reforms that removed barriers to free exchange in Michigan’s alcohol market and taxed away those gains too? Consider just two (of many) possible ideas.

Lawmakers should eliminate Michigan’s three-tier system of alcohol control. The state, with tiny exceptions, prohibits one tier, such as manufacturers, from doing business in another tier, like a retailer. Because of this, a large manufacturer like Budweiser can’t own its own retailer or even deliver directly to a retailer or individual consumer. Manufacturers typically must sell their wares to a government-mandated middle tier, wholesalers, who sell to retailers for monopoly profits.

On a related note, lawmakers should eliminate exclusive monopoly territories to beer and wine wholesalers. Dell, Sam’s Club, Costco and Amazon have slashed prices for consumers by eliminating middlemen and improving logistics between suppliers and customers, and the state ought to open this market to competition. Manufacturers should be allowed to deliver their own products to retailers if they wish, and retailers should be free to accept delivery from companies big or small, distant or near.

How profitable are these exclusive territories? One public case is illustrative. The former Northwest Airlines reportedly saved $3 million a year effectively smuggling its own beer into Detroit Metro Airport from Minnesota, instead of paying tribute to the local, wholesaling territorial monopolist. This gives us just a hint at how much in monopoly profits accrue to a relative handful of wholesalers.

Some may argue that Michigan’s byzantine laws and rules that artificially jack up the cost of alcohol in the state do a great public service to public safety. Even if true, it could be done better. Michigan’s current alcohol control regime is a Rube Goldberg machine designed to enrich special interests. There are better ways for the state to achieve public safety goals — transparent taxation being one — than to give a few wholesalers monopoly profits to help them buy a lakefront mega mansion or private jet.

Liquor to Go: An Idea Whose Time is Now

Beer, Tattoo Art and Groceries: Nothing the State Won’t Subsidize?