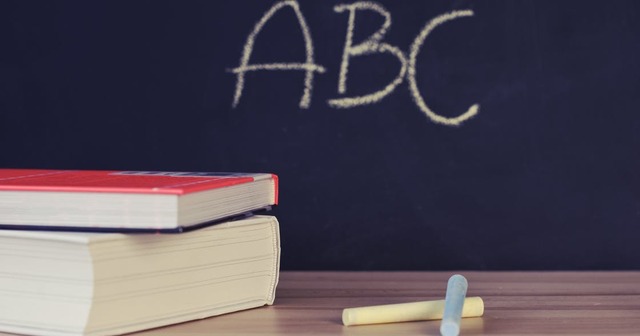 School Aid Budget Proposals Not That Far Off

Legislature approves 99% of what Whitmer seeks without a tax hike

Tensions are growing high in Lansing around the unresolved state budget. As the end of the fiscal year approaches, the more rhetoric separates itself from reality. The debate about K-12 spending levels is a prime example. The proposed increase in the Legislature’s newly adopted school aid budget is smaller than the governor’s, but that relatively small difference is rarely given proper perspective.

During the summer months, many education and labor officials touted Democratic Gov. Gretchen Whitmer’s request for $523 million more in state education funding as “historic” and “game-changing,” even though the resulting 4% increase is smaller than Gov. Snyder’s boost in school spending just two years ago.

The Republican-led Legislature worked through several versions of its own proposal before agreeing to a school aid budget that would add $387 million in new state funds. The total amount of approved state school aid equals 99% of what the governor requested, without building in extra funds from the governor’s recommended gas tax hike. Adopted as is, the Legislature’s 3% boost would end up being the fourth largest school aid increase since 2001.

In response, Bridge Magazine quoted the unsubstantiated prediction of a Michigan State University researcher: “This budget will assure that Michigan remains 50th among states in the growth of total and per-pupil school funding since the 2002 passage of the No Child Left Behind Act.” What isn’t 50th now cannot “remain” 50th later. While Michigan’s deep, one-state recession last decade put our state’s school funding trend behind many other states, the latest federal numbers show that both Georgia and Idaho ranked lower in per-pupil revenue growth from 2002 to 2016.

More importantly, the same data shows Michigan ranked 25th, squarely in the middle, with $12,911 in total revenues per student in 2015-16, the latest year for which data are available. Choosing a different baseline than 2002 further deflates this dire claim. Michigan ranks 22nd in per-pupil revenue growth since 2010, for instance.

The $136 million difference between the two remaining budget proposals — more than half of which is accounted for by extra money the governor wants to expand preschool — represents less than 1% of total Michigan school funding.

Other criticisms of the new budget can be challenged without waiting for a crystal ball. Bridge Magazine cited more visceral language from the Van Buren Public Schools superintendent to decry the Legislature’s new school aid proposal: “I feel like I’ve been punched in the gut. This budget is inherently shameful.”

The House Fiscal Agency estimates that the Legislature’s budget would provide Van Buren schools an extra $1.14 million in state funds next year, if its enrollment stays the same. The Wayne County district’s state funding would be less than under Whitmer’s budget, but by only about 1.4%. Like most other districts, Van Buren’s total per-pupil funding has been on the rise in recent years.

Despite misplaced and exaggerated critiques, the latest school aid bill did miss some opportunities to redirect funding in beneficial ways. The Legislature wants to set aside millions of additional dollars for things like subsidies for locally grown produce in school lunches, a state office to oversee various STEM initiatives, software tools from specific vendors and a special website for education job listings. On the other hand, legislators rightly resisted the governor’s proposal to fund cyber school pupils at a lower rate than their peers.

Budgets represent tradeoffs of decisions made with finite resources. Neither school aid proposal provides all that prevailing interests seek, nor allocates dollars to reach the shrinking number of students in the best way possible. Yet in either case, state leaders will once again send significantly more money to public schools.