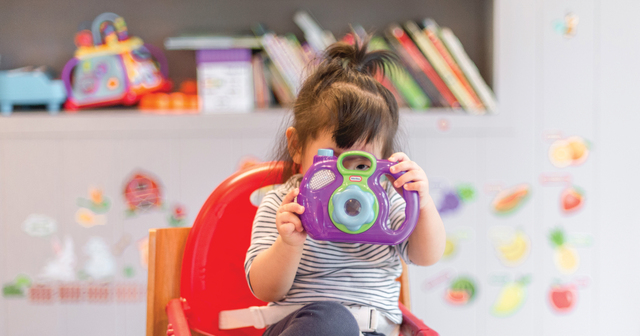 More Money for Preschool Not the Answer

As part of her first budget proposal, Gov. Gretchen Whitmer wants to shower more tax money on the state’s preschool program. Yet this strategy offers very little hope of improving early learning and literacy, as touted.

Whitmer’s executive budget includes a call for an extra $84 million for the state’s Great Start Readiness Program. GSRP is the state’s approach to subsidizing preschool enrollment for 4-year-olds who are considered to be educationally disadvantaged. The funding is distributed through the state’s intermediate school districts, which in 2018 used about 9 percent of the program’s funds for administrative purposes.

Simply put, then, there is no evidence that the initial academic benefits provided by preschool will actually stick.

Whitmer’s proposal to increase GSRP funding is not a surprise, given her campaign’s stated goal to make preschool in Michigan universal. At the current allocation of $7,250 per pupil, an additional $582 million would be required to subsidize preschool for all 4-year-olds. With Whitmer’s new call to allocate $8,500 per student, the price tag for that goal would exceed $720 million. Since a universal plan is not part of her current budget, Michigan residents can only speculate where that much money might come from.

For now, the governor’s recommended 34 percent hike from the current year appropriation of $245.9 million is intended to both raise the per-child allocation and increase the number of state-funded, full-time slots from 32,000 to 37,000. (The actual number of students being served is somewhat higher than these figures because some children are enrolled on a part-time basis.)

To receive GSRP funding, a preschool student must come from a family at or below 250 percent of the federal poverty level. That cutoff stands at nearly $65,000 for a family of four, or more than $75,000 for a family of five. The Michigan Department of Education reports that more than 67,000 children are already eligible, representing nearly 60 percent of all 4-year-olds statewide. Of those eligible, less than 56 percent currently participate.

Many middle- and upper-class families already pay for preschool. Expanding eligibility to higher incomes will likely shift the cost of many of these families’ child care onto taxpayers. Since much of the extra spending would pay for children already likely to go to the preschool of their parents’ choosing, there is no reason to expect new academic benefits for these children.

Defenders of Michigan’s preschool program can muster some evidence that looks favorable. In areas of the state where studies have been conducted, GSRP initially closes some of the achievement gap between disadvantaged and more affluent children, but much of the gains are lost in the summer before kindergarten. An older, lower-quality study of GSRP found that participating students were more likely to graduate from high school. The study itself, however, acknowledged that participants’ parents were “likely more motivated” to engage in their children’s learning, which could explain some or all of those results.

Backers of more funding for early childhood education can point to clearer, dramatic successes found in the research on the Perry Preschool Project and the Abecedarian Project. But these older programs were intensively focused on small groups of the neediest children. As the Brookings Institution’s Russ Whitehurst has pointed out, it takes “prodigious leaps of faith” to apply those findings to today’s attempts by states to provide preschool on a vast scale.

In fact, the best contemporary research on large-scale programs like Great Start is far from promising. Only two relevant gold-standard studies have been conducted, and neither bolsters the case for more government-funded preschool. A large-scale randomized study of the federal Head Start program found that the initial benefits for learning and behavior a child receives tend to fade out by third grade. A more recent randomized control trial of Tennessee’s statewide pre-K program actually found the initial gains turned to negative effects in the early elementary grades. Simply put, then, there is no evidence that the initial academic benefits provided by preschool will actually stick.

Less than half of all third-graders in Michigan public schools are reading and writing at grade level, and that is a serious problem. But expanding state-funded preschool through intermediate school districts is an expensive and ineffective means of fixing it.