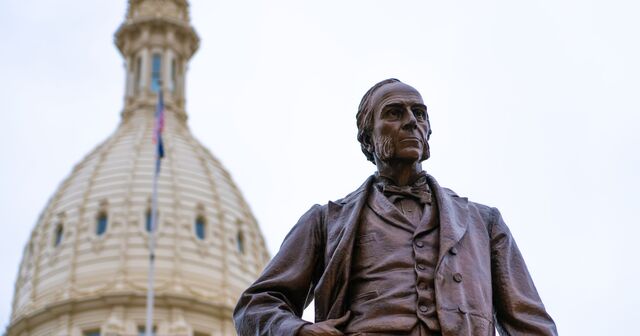 Lawmakers should be skeptical of Senate Bill 615

In an ongoing effort to reinstate a shuttered program providing handouts to large corporations, bill sponsors lifted about 90% of the text from an expired law known as “Good Jobs for Michigan” to create a new bill. The Good Jobs law itself contained language that was lifted directly from another previous program, the failed Michigan Economic Growth Authority, which offered up $14 billion in targeted tax relief during its life.

One big textual change in the proposed $300 million bill, SB 615 (known as the Michigan Employment Opportunity Program), involves a mandate that a certain percentage of the deals must accrue to smaller communities. There is much wrong with this proposal, as with previous subsidy laws, and loosening requirements to counties with small populations doesn’t improve its prospects for success. In addition, there is a raft of evidence to show programs like SB 615 are ineffective on their face.

Under the proposal, workers would effectively be required to pay their own bosses. Select corporations would receive a subsidy, based on the personal income taxes owed by new hires. The previous iterations of the program, Good Jobs and MEGA, also based payments on the state income tax.

Michigan has been here before. The MEGA doled out more than 700 refundable tax credit deals from 1995 through 2011. It was amended in 2004 to specifically mandate “rural” tax credits for populations of less than 90,000. Despite this, nearly a third of Michigan counties (mostly rural) never hosted a MEGA recipient. There’s at least one good reason for that, and state mandates can’t overcome it.

Densely populated areas of the state already host the large corporations most likely to qualify for state fiscal favors, and corporations willing to move into the state will likely locate where the talent pool is deepest and access to supply chains is strongest. That is probably why the three most populated counties — Oakland, Macomb, Wayne — plus Washtenaw, were host to more than half of MEGA deals. And all seven deals under Good Jobs for Michigan went to high population counties.

The MEOP puts geography in the driver’s seat, not necessarily just economic or fiscal matters. This bill would limit its deals to 40 per year, divided up by population tiers. The smallest number, 10, would go to the most densely populated (and apparently popular) tier, with 15 each going to the two others. Of the $300 million that would be authorized by the program, though, the largest cut ($125 million) would be allocated to the most densely populated counties.

Similar attempts to drive projects to rural areas in other states have been ineffective. North Carolina divided into three tiers for economic development (and other) purposes, and the state has run five programs that offer incentives for business development. Tier 1 represents the state’s 40 poorest (and typically rural) counties, and Tier 3 contains the wealthiest, which are more urban and populated.

Despite this, according to the North Carolina Justice Center, corporations overwhelmingly locate in the urban — and more densely populated regions. The Justice Center’s study, “Mismatching Money and Jobs,” finds that despite the official focus on rural and distressed areas, “Counties that did not receive any incentive projects are confined almost entirely to rural areas.…”

The study also finds that the majority of incentive deals “and promised jobs are concentrated in the state’s most urban and prosperous regions of the state.” Three more urbanized counties in North Carolina accounted for 56% of total incentive dollars granted between 2007 and 2014.

If proponents of Michigan’s SB 615 are trying to sell another incentive program based on how much it could help counties with lower populations, they have a lot of work to do. Even when incentives are involved, experience shows a revealed preference for wealthier and more populated regions.

There is also the hard fact that there is much in the way of evidence to show programs like this don’t work. A similarly designed program in Kansas was studied in depth by economist Nathan Jensen. He found that Kansas companies subsidized by the program were no more likely to create jobs than similar, unsubsidized ones. There’s plenty more evidence that these programs are ineffective, and I testified to as much in a recent senate committee hearing on this very legislation.

There is simply no good reason to adopt Senate Bill 615. Evidence shows it is unlikely to help rural or urban regions of the state.