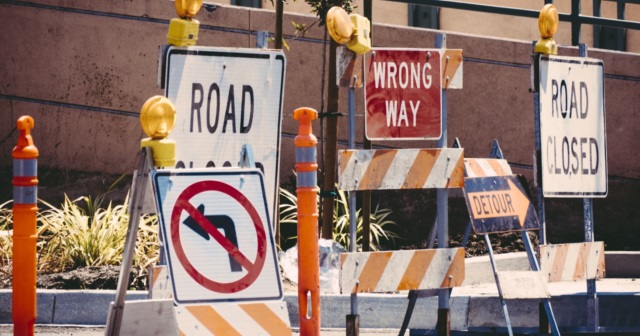 Road Funding Debate is Not About Roads

The real conflict is over the rest of the state budget

Editor's Note: This article originally appeared in The Detroit News on Feb. 10, 2020.

While Michigan’s Democratic Gov. Gretchen Whitmer decided that she will borrow billions to repair roads, she still wants to raise taxes to pay down the debts and increase road spending. In this regard, she will remain at loggerheads with the Republican-controlled Legislature.

While this debate is supposedly about road funding, it's not really. Instead, it’s about everything else the state spends money on.

Whitmer’s 2019 tax hike proposal reflects this. She asked for a 45-cent-per-gallon fuel tax hike, of which 11 cents would have funded priorities other than roads. If it were simply about funding roads, she would have only asked for 34 cents.

For Republican lawmakers, too, the dispute is not just about roads, but about whether the state can improve road conditions without raising taxes. Republican budgets passed in 2019 increased road spending by directing some of the state’s growing tax revenue to roads.

Allocating some of the extra tax revenue generated by a growing state and national economy to road repairs has been an effective strategy lately. From fiscal year 2010-11 to fiscal year 2018-19, annual state transportation spending increased by $1.6 billion, from $2.0 billion to $3.6 billion — that’s 62% faster than inflation.

But what has worked in the past is now in dispute. The governor has used pavement conditions as a rationale to increase taxes that will free up money for other spending priorities. Republican leaders, meanwhile, believe that road conditions justify favoring transportation spending from the state's tax revenue.

While both sides agree they would like to spend more on roads, the real conflict is over the rest of the state budget.

There appears to be little room for compromise between these stances. The governor vetoed the Legislature’s road-funding increase last fall because it used money she wanted to spend elsewhere.

The governor ought to bend in this dispute. While she ran on a platform that included other fiscal priorities, her campaign emphasized road conditions. Her opposition agrees to spend more on roads, but it does not agree to higher taxes.

It’s easy to find roads in disrepair, but our major roads are in better shape than they are being given credit for. Michigan’s trunkline roads — those whose names begin with “I,” “US” or “M” — account for less than 10% of Michigan road miles, but carry more than half of all traffic.

These roads had been improving from the late ’90s through 2008, when 92% of them were assessed as being in good or fair condition.

Moreover, road quality was improving even as state road funding was stagnant during the 2000s. State taxpayers contributed $2.1 billion to the transportation budget in fiscal year 2000-01, but just $2 billion a decade later. This “coasting” did see pavement conditions begin to decline, at which time state transportation spending began to increase again.

Funding for local roads has also increased. The state will transfer more than twice as much to local road budgets in the current fiscal year as it did in 2011, a 74% increase above inflation. The extra money has been working: As a report by the Michigan Transportation Asset Management Council says, “The expected increase [from the 2019 budget] in funding will halt the steady decline in pavement condition.”

In other words, current road funding is already nearly improving pavement faster than it falls apart. Roads are long-term assets. Rather than fixing them all at once, we must get them on a path of ongoing improvement.

The Legislature has the right side of this debate. Its leaders defined road funding as a priority, and the House and Senate acted on this by directing some of the state’s growing tax revenue to them. Whitmer should support rather than impede this approach, and then make the case for why her other budget priorities require taxpayers to dig deeper into their pockets.