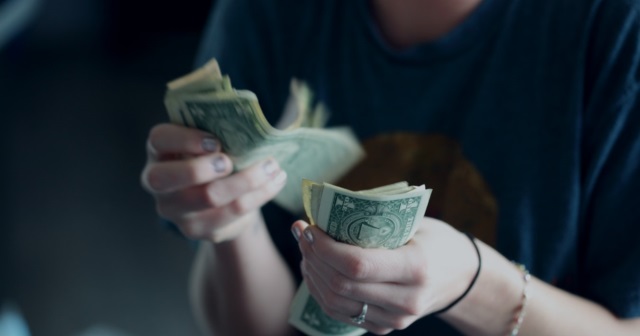 Lawmakers won't have as much revenue to spend this year

Michigan tax revenues won’t generate as much money for the state budget as expected last year. Lawmakers will have to re-examine their priorities as they won’t have as much revenue to spend. The state budget has increased over the past decade, so when tax revenues turn the other direction they should revisit what they’re spending more money on.

Michigan spends the majority of its money on schools and Medicaid. This spending has steadily increased over the past five years.

Michigan sends $1.6 billion more to schools than it did in fiscal year 2014-15, a 5% increase above inflation. A portion of this increase came by way of per-pupil allotments to schools, as total per-student payments increased by $647 million over the period. These payments ought to be reconsidered when revenue is down, just as it is when the state has more money to spend. But the rest of the state’s payments to schools also deserves a closer look.

The state spends more on selective grants and supplemental retirement system contributions. Selective grants, like $13.4 million for early childhood education or $3 million specifically allotted to the Detroit school district for an engineering program, should be re-examined. Any new requests for the upcoming budget should meet high thresholds for obtaining state resources in this budget.

The state spends $145.4 million more to expand eligibility of publicly funded preschool for families who are more likely able to afford to pay for preschool by themselves. Michigan’s Great Start program is administered through a convoluted ISD network, which adds administrative costs to the system. The state has more than doubling this expense over the last five year, and this should be reassessed.

Federal transfers tend to drive state spending on Medicaid. The state expanded its Medicaid coverage to more people above the poverty line, and this got the state more money transferred from federal taxpayers. Michigan’s share of that bill has been increasing over time, so state spending in the Department of Health and Human Services has increase by $1.5 billion over the past five years, a 14% increase above inflation.

The federal government will be covering a greater proportion of these expenses as part of its pandemic-related relief package for states. But the state could do more to save money in the future to ensure that only eligible people are receiving benefits. Following the emergency, the state should require Medicaid enrollees to report changes in circumstances impacting eligibility and cross-check enrollment data monthly with other state agency data, like wage reports and death records, to remove ineligible individuals which could further save the state money.

Other parts of the state budget have gotten increases as well.

Michigan spends a lot more on its roads than it did five years ago. Roads are owned by the state and local governments, and it is their responsibility to ensure that they remain in good working order. This have been a priority for the state’s growing revenue. Lawmakers may feel the need to hit the brakes for a little bit as the tax revenue used to fund roads, especially from fuel and vehicle registration taxes, declines.

If that is the case, it ought to be temporary. These transportation taxes may recover quicker than income or sales taxes, so if lawmakers decide that road construction is not as high of a priority in the COVID-19 pandemic, the reduction should only be temporary. The state ought to get to the point where it puts roads together faster than they fall apart, and the state is on track to achieve that, even if lawmakers look for short-term savings.

Michigan spends $105 million more on the state police than it did five years ago. The increase is driven by an 18% gain in the number of full-time equivalent employees, and higher demands for retirement contributions from a system with $799 million in pension debt.

The state spends $138 million more on transfers from taxpayers to state universities. With each university getting a different cut with little rhyme or reason behind it, save what they got the year before, this is ripe for revisiting. But even without a broader look at what this spending accomplishes, lawmakers ought to reconsider the increases they’ve given the schools now that expected revenue is down.

Then there are the yearly demands that pop up and get inserted in the budget. These are often one legislator or another’s hobby horse that they negotiate into the budget in return for supporting the whole spending plan. Fortunately, these are often a small part of the budget.

There were new items in this year’s budget, like $360,000 for one-time funding of an industrial hemp program or $7.5 million of grants to local governments for water planning, for instance. Or $5 million to pay down the loans of medical resident students in last year’s budget that didn’t make it in this year. This kind of spending pops into budgets one year and is gone the next and items like this deserve even more scrutiny when times are tight.

Michigan had been collecting more revenue in better times. Lawmakers can look at the places that grew the most as they try to live within their means in tighter times.