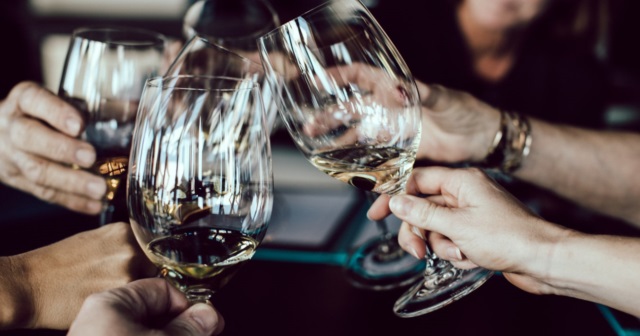 Raise a Toast to Alcohol Reform

Would anyone have guessed that COVID-19 would bring greater liberty to drinkers? During the pandemic, state lawmakers across the country are saying “cheers” to alcohol reform and loosening restrictions on how and where adults acquire and consume their favorite alcoholic beverages.

It happened right here in Michigan when lawmakers voted to allow to-go sales of alcoholic drinks through 2025. This offered a lifeline to restaurants and other liquor licensees that had been forced by the governor’s executive orders to sell take-out orders only. It also provided more consumer choice.

This year, Michigan has enacted other reforms, too. Like this one, they may be only temporary but should be made permanent, because they were never needed in the first place.

More than 30 states have enacted to-go or delivery statutes for alcohol. Earlier in the pandemic, New York allowed to-go sales. Legislation now under consideration would extend that permission for two years beyond the current emergency, in a bid to help restaurants and bars. Colorado has extended its to-go laws to 2021. In June, Iowa became the first state to make such a temporary change permanent. Ohio may do likewise.

For years we have asserted that states overregulate many things about how people distribute and consume alcohol. Governments have acted as both alcohol wholesalers and retailers. They often set up regional monopolies for distributing alcohol, make price collusion easy, impose minimum prices, prevent to-go sales and do some truly weird stuff.

In Indiana, the government only allows convenience stores to sell warm beer. In California, you can only get to-go drinks if you buy food too, and salad, in this instance, is not considered food. Until 2018, Native Americans were not allowed to operate a distillery on their tribal lands. The list goes on — but it shouldn’t.

Removing restrictions on to-go sales — among other changes — is necessary to help bars and restaurants stay in business and continue to employ workers. One published report showed that 60 percent of all jobs lost in March were among bar and restaurant staff. Liberalizing alcohol control laws, even those that go beyond the aforementioned ones, and making them permanent would go a long way toward helping entrepreneurs and workers claw back their lost employees and employment.

Another commonsense and overdue reform would be to make alcohol delivery possible, from both alcohol producers and retail stores. Delivery makes sense during a pandemic, since it encourages social distancing and reduces crowding at stores. But there’s little reason to restrict it even in other times. In an era when nearly everything under the sun can be delivered to your door in two days — and sometimes within two hours — alcohol is an unjustified exception.

There are some who maintain that liberalizing alcohol laws is dangerous. But multiple studies of alcohol control laws and various social outcomes, at least, suggest otherwise. Just last March, one of us (LaFaive) co-authored an analysis of alcohol safety and state control regimes.

We divided states up into four categories by how strictly they control alcohol. We then looked at social outcomes such as “alcohol attributable deaths” from 2006-2010 and in each state. We found no obvious correlation between how strictly a state regulated alcohol and how many alcohol-related vehicle fatalities it had from 2006-2017. We also performed this exercise in 2012, and likewise found no clear links. Others have found similar results.

We can’t predict the length of the coronavirus pandemic, but we can say with confidence that reforming alcohol control laws is a positive thing. Consumers seem to have reacted positively to such reforms, and they have provided many restaurants with a new market and lifeline.

Instead of letting to-go laws sunset in the months or years ahead, lawmakers should make them permanent and look to other, more powerful reforms that might help reopen society — even wider than it was before the pandemic.