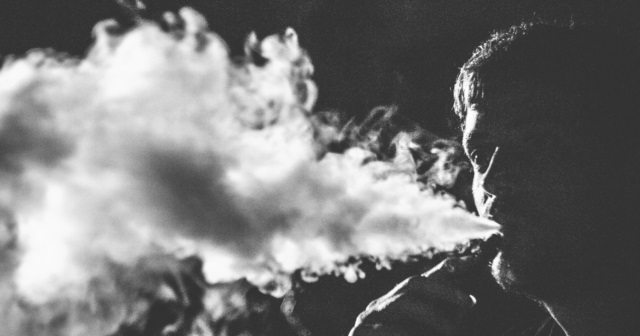 “Those who cannot remember the past are condemned to repeat it,” is a quote from philosopher George Santayana. States like Michigan, Massachusetts, Vermont, and some local units of government are taking up prohibitions on flavored products, such as electronic cigarettes, menthol cigarettes or other flavored products. As they do so, we wonder how many elected officials remember, or care to remember, lessons about efforts to prohibit alcohol, or even marijuana. They are manifold, and lawmakers should ponder them before charging ahead.

Michigan Gov. Gretchen Whitmer last year attempted to temporarily ban flavored e-cigarettes. That ban is currently on hold due to legal challenges. That is not the case in other states, which have and are trying to go further than what was attempted in the Great Lake State.

Vermont is currently discussing an outright ban on flavored tobacco products, which would include very popular menthol cigarettes. These smokes make up nearly one-third of the overall U.S. cigarette market, according to one source. Massachusetts has already imposed a ban, and Vermont and other local and state governments may do likewise. They should not. Scholarly evidence, anecdotal experiences and the history of Vermont’s own Prohibition era (chronicled by this Vermont newspaper) all suggest that outright prohibitions on flavored products should be avoided.

Between us, we have studied outright bans on products such as alcohol during the Prohibition era — and the impact of excise taxes and state borders on products — for most of our professional lives. Attempts to deter people from using politically unpopular products include but are not limited to high cigarette excise taxes, or what we call “prohibition by price.” Cigarettes may remain legal, but the taxes imposed on them are so high they create de facto prohibition, leading to rampant smuggling and other very negative consequences often associated with the Prohibition era.

For example, we estimate that through 2017, roughly 5% of all tobacco consumed in Vermont was smuggled in. That is relatively low and a function of Vermont being a source for cigarettes to other, higher-taxed states and Canada. If an outright prohibition on menthol is adopted, the rate of illicit smokes entering Vermont will likely leap, and all other flavors banned under Vermont’s proposed legislation will likely hitch a ride on the same supply chain. The primary beneficiaries of these bans will be revenue agents for the state of New Hampshire and brazen smugglers of illicit smokes and other flavored products.

New Hampshire only imposes an excise tax of $1.78 per pack. Surrounded by higher-taxed neighbors, its treasury received an extra $81.7 million as a direct result of smuggling in 2017. For every 100 cigarettes smoked in the Live Free or Die State, another 65 were acquired there and smuggled out. This latter figure will climb — perhaps dramatically — thanks to an outright ban in Massachusetts and, if adopted in Vermont, smuggling rates will rise there, too. And there may be little law enforcement in either state can do to stop it.

Consider that in August 2019, a Vermont correctional officer was sentenced for his role in smuggling contraband — including cigarettes and marijuana — into the facility he was paid to guard. If Vermont officials can’t keep contraband smokes out of prisons, how do they expect to keep it from entering its porous borders? The irony here, too, is that Vermont has decriminalized marijuana use on its way to criminalizing menthol cigarette sales.

Our estimates indicate that in 2017, a net total of 94 million packs of cigarettes were acquired through tax evasion and avoidance in New England, excluding New Hampshire, which is one source for the others. In addition to this broad smuggling problem, though, is the possibility of unintended consequences, all of which have parallels with the era of actual alcohol Prohibition: theft, violence against people, property and police, as well as public corruption. These costly issues will only be amplified in the face of outright bans on products people want.

Some high-excise tax states have had to contend with murder-for-hire cases involving smuggled smokes. Police officers and sheriff’s deputies and other public officials have been busted for their roles in smuggling rings. Truckers have been hijacked for their cigarette loads, and retailers and distributors brazenly robbed. All of this for a product that remains largely legal. Lawmakers have adopted excise taxes that have effectively turned cigarette packs into little gold bars pursued by the criminal class for profit.

A flavored-cigarette ban would create an even bigger smuggling problem that already exists in the region. Vermont lawmakers should not follow their neighbor’s lead. They’ve been down that road before with the “noble experiment” in alcohol prohibition, and it turned Vermont and the country into a nation of scofflaws. That is a history that should not be repeated.