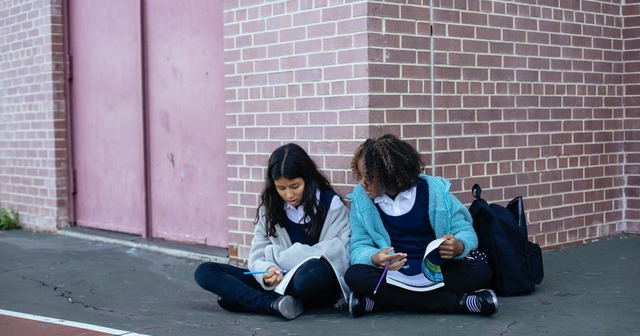 Many Michigan public schools have at least partially reopened classrooms in recent weeks to meet Gov. Gretchen Whitmer’s March 1 deadline. Yet the state’s private schools have quietly set the standard for how to provide children the educational services they need in the midst of a pandemic, working creatively to remain open for in-person instruction throughout the current year.

Macomb County’s Immanuel Lutheran and the Auburn Area Catholic School near Bay City exemplify a commitment to overcoming the challenge of providing in-person instruction during a pandemic. Their commitment has attracted families intent on finding a better educational option for their children.

These two campuses are representative of the Michigan Association of Nonpublic Schools and its 345 members, which make up about two-thirds of the private schools across the state. MANS high schools were temporarily closed by the governor’s orders last November, and some have offered part-time, on-site schedules to facilitate social distancing. Otherwise, the organization’s members have consistently stayed open for business throughout 2020-21.

Some conventional school districts have followed suit, though to a lesser extent. Most began the academic year with an in-person option. But then the virus resurged, and by December, only a third of public school students had access to an in-person option. As COVID cases have declined, that number has bounced back upward, exceeding 50% in February.

Starting early this year, the governor urged the state’s public schools to return to in-person instruction by March 1. Whitmer now says 97% of districts have met her deadline, though she is applying the definition loosely. That’s because she’s counting districts that offer only one or two days of class per week or that offer in-person instruction only for some grade levels.

Last summer, the Diocese of Saginaw convened a task force to help its school leaders make effective plans to provide in-person learning with social distancing and other strategies conscious of public health demands. One school within the diocese, the preschool-through-fifth grade Auburn Area Catholic School, purposed to follow through. “The ultimate goal was: We are going to do everything under the sun to make sure that our students have an opportunity to be here,” principal Clark Switalski said.

Extra safety measures set this year apart. Each grade level functions as an island, with its own in-class lunch, recess and bathroom schedule, so potential COVID-related disruptions don’t shut down the entire campus. New routines include frequent cleanings, daily temperature checks and applications of donated hand sanitizer, as well as keeping kids home for 72 hours after they have had a fever. The results have been largely effective.

“It’s really, really promising,” Switalski said of getting beyond the 100-day mark without having to shut operations down. “When we set out on this journey and everything was changing on a weekly basis, there was no clear-cut way to do it. But I wanted to make sure we could do something for these kids.”

Auburn’s principal credits the “amazing” parents for their support and flexibility. That includes seven new families who enrolled to help the small Catholic school thrive under difficult circumstances. He also spoke highly of the teachers who have made sacrifices to keep things going.

Many similar themes sounded from preK-eight Immanuel Lutheran School in Macomb County. “Our teachers took on more than any teacher should have to take on, so all credit goes to them,” said principal Joel Neumeyer.

Using sanitation measures and isolating grade levels, similar to Auburn’s approach, the school has had to quarantine individual classes a few times. Yet other than reserving an extra few days for virtual instruction after Thanksgiving and Christmas, Immanuel has kept the doors open for face-to-face learning.

Teachers have adapted at times to instruct both their regular classes and individual students isolated at home due to sickness or COVID exposure. Students have gone without hot lunches and some of their favorite electives. And parents have set a positive example adjusting to new routines, including different pickup and drop-off schedules.

The chance for in-person instruction has proven popular. Immanuel was able to grow its already near-full ranks before having to close off new enrollments. “We just couldn’t keep up. We were heartbroken,” Neumeyer said. “So many families were struggling with the virtual or even the hybrid option, and we had to say we’re not taking any more students.”

Immanuel’s pupils came back to school last fall a little behind academically due to the spring 2020 pandemic shutdowns. But the opportunity for sustained face-to-face learning is getting many back on track.

Auburn’s principal was similarly pleased by his students’ mid-year testing results. “Children are gaining and growing and are turning into excited learners, because they are just excited about being here,” Switalski said.

The 150-year-old Immanuel Lutheran may make a few of this year’s changes permanent, including strategies for using classroom technology, but mostly its leader is hopeful to welcome back parent volunteers to campus and return to a more normal setting soon. “Our school has lived through pandemics before,” Neumeyer said. “Looks like we’re going to survive this one, too.”