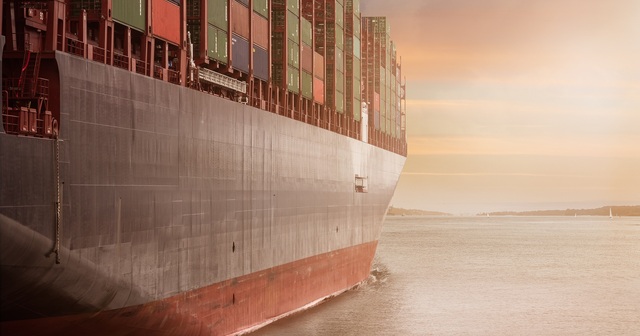 Photo by Pixabay on Pexels
The Overton Window Podcast

“You Just See Policy Failure all Over the Place”

Policy advocates know a little bit more about some things than most people. One of those is that shipping from American port to American port is a highly regulated business, with restrictions that cause unintended harms. When I mentioned the policy — the Jones Act — to my friend Alisha, she wanted to know more. We spoke with Colin Grabow about it for the Overton Window podcast. He’s a policy analyst at the Cato Institute’s Herbert A. Stiefel Center for Trade Policy Studies.

Alisha asked him, “I didn’t know this (law) exists. Does anyone else know it exists?” Grabow said that he’s working on it.

There are similar registration rules for other kinds of shipping, via planes and through trucks, but the requirement to use U.S.-made vehicles exists only in maritime shipping. This holds back the U.S. maritime industry because ships cost a lot more to build in the U.S. than elsewhere. “It’s not a big surprise; they’ve been protected from competition. That’s normally what happens when you don’t have to be competitive — you usually aren’t competitive;” he said, noting that ships cost four to five times more in America than in the competitive market.

Foreign ships can use U.S. ports, though they cannot transport things from one American port to another.

Grabow notes that while lawmakers use the Jones Act to protect an industry, its restrictions have odd consequences. “This is properly viewed as a subsidy, but it’s a very opaque one with costs and benefits that are not very transparent,” he said.

The requirement to use U.S.-built ships means Americans wanting to work in the industry have fewer opportunities. “More expensive ships means fewer ships,” he said. That means fewer crewmen. Existing companies pass the costs of more expensive and limited shipping options along to consumers. And some maritime shipping companies welcome the increased protection from competition the law gives them. By increasing the costs of making new ships, it increases the barrier of entry for new firms.

Grabow notes that while the law has remained constant for a long time, the domestic maritime shipping industry is now a fraction of what it used to be. “We have very few ships. There are less than a hundred Jones Act ships today. And as recently as 1980 there were 257.” He adds that around two to three American ships are built each year — and a single shipyard in Korea builds 60 ships. “The U.S. is an absolute bit player,” he said.

That there is such a small industry even though it’s been protected for so long calls into question the efficacy of Jones Act. “When you look at the U.S. maritime industry, it’s almost hard to point at successes. You just see policy failure all over the place,” he said.

The U.S. does build some ships, Grabow notes. The majority of ship building in the U.S. is done for the Navy and Coast Guard. “I think that if we hadn’t had these laws in place, I think Americans could compete. We’re a very competitive and innovative people and without that captive domestic market, I think that would force them to raise their game,” he said.

Changing the restrictions about who can participate in the domestic shipping industry has been hard. He said that two years ago, there was a proposal to exempt liquified natural gas ships from domestic port restrictions, given that no ship in the domestic fleet can carry LNG. This is a big issue for Puerto Rico, which relies on foreign LNG, and for the Northeastern U.S., which uses it during winter. But senators from Mississippi, Louisiana and Alaska lobbied the president against the change, and the people who would benefit were silent. “All the people that support the Jones Act view it as existential. This is vital. This is the ballgame for them,” he said. Natural gas companies, on the other hand, would like to sell some more of their product through ships, but there are bigger issues for them.

Alisha also wanted to know whether more maritime shipping would be worse for the environment. Grabow gave a few reasons why loosening the Jones Act would be better for the environment. He noted that we’re using old ships right now, and older ships are less efficient, so there are environmental benefits from modernizing fleet. In addition, there would be more transportation over water. “Ships, from a carbon perspective, are a little bit better than rail and they are a lot better than trucks,” he said.

Grabow pointed out some reasons to be optimistic about the prospects for changing the law, though he noted that it has been on the books for a long time. Its bad effects, he said, ought to get people interested. “We’re the world’s largest exporter of propane. Hawaii can’t buy it so they get it from West Africa because the ships don’t exist to transport it (from America),” he said. He also thinks that changing the law should naturally be popular. “Americans can’t buy American products, and that’s just absurd,” he said. Plus, there isn’t much of a domestic maritime shipping industry left to protect.

“I’m hoping that that will prompt some saner thinking here in Washington,” he said.

Check out the conversation at the Overton Window podcast, available on iTunes and Spotify, and check our Grabow’s work at www.cato.org/jonesact.