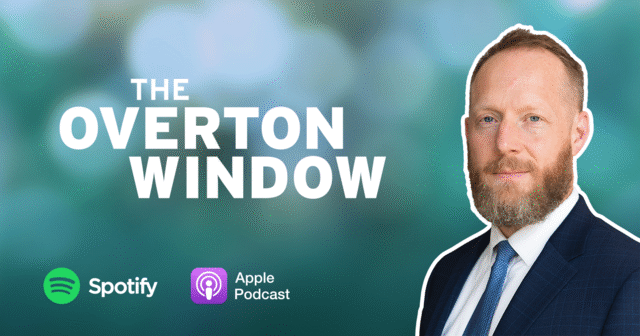 ‘They are trying to juggle all these different values and different demands.’

Jason Hayes on how states manage their parks and forests

The state owns a lot of land, and manages much of it as state parks and state forests. These are held in trust for the benefit of the state’s residents. But what do people actually want from so many acres of often-remote forested land? To answer that, I spoke with Jason Hayes, the Mackinac Center’s Director of Environmental Policy, on the Overton Window podcast.

People want to use state lands for a number of purposes, Hayes says. Hunting, fishing, camping and other outdoor recreational purposes ought to be immediately apparent. Some people also want to harvest timber, drill for oil and natural gas, or mine for other metals and minerals that lie underneath the surface. They want state forests to provide habitat for a large and diverse wildlife population. They also want them to provide other ecosystem services such as clean water, clean air, food, or medicines.

Sometimes these varied activities and resource uses can complement each other in unexpected ways.

“People like to go out, for example and use ORVs — gators, quads, that kind of thing — for outdoor recreation. That’s much easier if a company has gone in and built roads, done logging and that sort of thing in the past, so you can drive your ORV on those existing roads,” Hayes says.

Other activities are less complementary. “Obviously, you can’t go hunting in a camp ground.” Hayes says, adding that everyone can get some lands managed to their desires because there’s a lot of land to manage. “The state owns about 12% of the state’s land. The feds own about 10%. They can use those millions of acres for different things.”

Answering who gets to do what and where they get to do it is, it turns out, a political question. The people’s elected representatives are the ones who are responsible for determining who gets to use state lands for what. They delegate much of that responsibility to administrators in the Department of Natural Resources and the Department of Environment, Great Lakes and Energy. These administrators tend to be the ones who decide where to camp and where to hunt. They are charged with ensuring that people aren’t using state lands inappropriately or overdoing an allowed use. Without a proper permit and planning, “you’re not going to be allowed to go in with a chainsaw and just start clearing areas,” Hayes explained.

Regular people can have a strong voice in these decisions, if they care to share their opinion. After all, the land is ostensibly managed for their benefit, but they do need to speak out if they want to be heard. “Elected officials listen to the people who are calling into their offices or are writing letters,” Hayes says. “The squeaky wheel gets the grease. That often drives those elected officials and state agencies to make those kind of decisions.”

The various management decisions that we make for public lands also have different financial repercussions. We covered some of these outcomes in our conversations.

First, states manage a significant portion of their forests for wood products. State officials delineate areas that can be harvested and then work through the permitting process as people apply for approval to take trees. Harvesting operations must balance the desire to make use of these wood products with the state’s conservation goals. “The public wants to see that you’ve done things like manage the forest sustainably,” Hayes says.

That includes spreading the impacts of harvesting activities across the landscape over time — known as the logging rotation — as well as ensuring managed areas are reforested and other impacts are remediated.

In addition, it is essential to ensure extraction doesn’t interfere with water quality, that sensitive habitat is not disturbed and that logging operations don’t pester neighbors.

Timber companies also pay royalties to the state for the privilege of logging state lands. “The state does better in this regard than [the federal government].” He cited a report from the Property and Environment Research Center, which showed that states managers are generally far more effective at earning a return on any dollars they spend on land management than are federal managers.

Managing state-owned land and wildlife resources for hunting and fishing operates on a user fee basis. People pay for licenses to hunt and fish. The state uses that money to maintain and restore habitats for wildlife and fish species. “They want to make sure that the animals are healthy and doing well,” Hayes says. Some species need some extra effort to maintain their populations in the state. For instance, grouse need young forests with lots of ground cover to keep their numbers up, and the state manages some areas precisely for that purpose.

But prioritizing state lands for one activity or for a specific value can often cause conflicts. Managing for one species could make an area inhospitable for others. Managing land for recreation can interfere with other activities. For example, Hayes says that old growth forests may make for nice hiking opportunities, but those areas are less likely than shrubland or younger forests to provide whitetail deer with foraging areas.

Camping is another fee-for-service activity. Fees pay for building roads, building outhouses, hardened campsites, playground equipment and other infrastructure that people might want as they camp in state parks. “By providing those services and that infrastructure, they also tend to give visitors a more comfortable experience,” Hayes says.

Michigan also makes use of trust funds to manage state lands and parks. The principal used to establish those funds comes as a result of oil and gas drillers paying royalties to use state lands and to access subsurface resources.

Hayes would like to see states to do more active forest management, to ensure that forests remain healthy. Michigan doesn’t have the same kind of wildfire risk that exists out west, but it does have its share of pests and disease that, “if you’re actively managing your forests, you can get ahead of,” he said. Cleaning out dead or dying trees and vegetation promotes new growth, and helps to promote, or provide the access points for many other recreation and biodiversity goals.

The main takeaway is to recognize that there are millions of acres of land in the state’s control. They maintain it for the benefit of the Michigan residents. We should all feel free to make use of these state-owned natural areas and make your opinions known to elected officials and state administrators. If they don’t hear from you, they can’t manage in a way that addresses the needs or expectations of the people who own it.