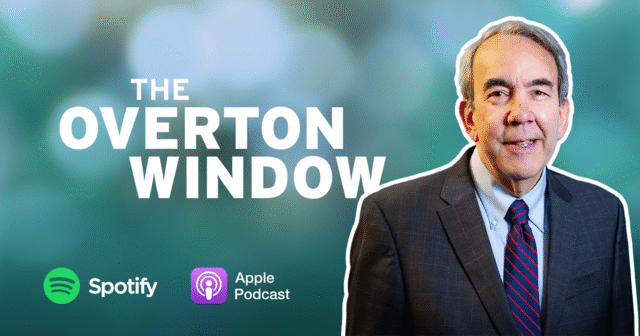 ‘There’s a lot of reasons for skepticism.’

The U.S. Supreme Court ruled, in one of the most important cases of its latest term, that presidents do not have the authority to address major questions not given to them by Congress. I spoke with Rich Samp, senior litigation counsel of the New Civil Liberties Alliance, about it for the Overton Window podcast. We covered what was going on in the case and how the court ruled. We also talked about what he and his colleagues are doing to reinstate the separation of powers doctrine to American politics.

Congress had given the president — specifically, the Environmental Protection Agency — the authority to create regulations aimed at protecting the environment. The Obama and Biden administrations tried to use this authority to close coal power plants, which seemed go beyond what the law said. “We can require individual plants to be as clean as possible, but we can’t basically require companies to close down their coal plants,” Samp says.

The court agreed. “And it said, in fact, that the Clean Air Act never gave the Environmental Protection Agency the broad power that it had tried to assert,” Samp says.

The majority opinion broke with the broad deference to administrative authority courts had granted in the past. “If a statute is clear about exactly what has to be done, then of course the agency must comply. But when the agency instead says that the statute looks a little unclear, the court said, ‘OK, we’ll defer to your interpretation,’” Samp says. The idea of deference has been called the Chevron doctrine, since it came from the 1984 case Chevron v. National Resources Defense Council.

“The current members of the court have been fairly skeptical of the Chevron doctrine” Samp says. “And the case of West Virginia v. EPA is a good example of the court imposing a pretty strict limit on Chevron.” After the decision, if an issue is large and has significant impacts, Congress cannot delegate authority to the agency unless it is explicit in its intent.

Samp and his colleagues have filed other cases to challenge the authority of regulatory agencies, and they submitted a friend of the court brief in this one. “We jumped into the West Virginia case to give our reasons why we thought that Chevron ought to be limited,” Samp says.

Friend of the court briefs, he says, “often times are very useful to provide the court with a perspective that’s a little bit different than the perspective that the parties themselves are raising. There have been many instances over the years where the court has issued a decision and it has said that ‘We are relying on an argument that was submitted to the court by one of these friends of the court.’”

The New Civil Liberties Alliance brief argued that there’s a limit on what Congress can delegate to the executive branch. “Article 1 of the Constitution says that all legislative power resides with Congress and that it further says that Congress may not delegate its legislative power to others. So that no matter how right a person you or I are, we aren’t the ones who are supposed to be writing the laws,” Samp says.

Did his organization’s work influence the court’s ruling? “It’s hard to know,” Samp says. “I like to think that the court took that factor, the nondelegation doctrine, into account when issuing its decision.”

Citizens should be concerned about the separation of powers, especially when executive offices get to write, enforce and adjudicate rules. In addition to receiving delegated authority from Congress, too many executive agencies also have administrative law judges. These executive branch employees hear cases within their area of expertise. “Individual citizens can have their rights deprived of them not as a result of a trial in front of a federal court that is independent, but rather in front of an administrative law judge,” Samp says.

There are historic reasons for this. Congress and the courts gave the executive branch a lot of power to go after big companies during the Wilson administration, and later during the New Deal. But Samp believes that the pendulum is swinging back. “There is a certain amount of popular revolt at the idea that faceless bureaucrats can tell them what to do,” he says.

Not everyone in Congress favors this development, however. “Congress, in many ways, is quite happy to turn things over to an agency,” Samp says, “because a lot of the decisions that are now being made by administrative agencies involve very controversial subjects. And whatever rule you come up with, there are going to be some people who are not happy. Most members of Congress don’t like anybody being unhappy with them.”

Which is why Samp expects courts will have to intervene again before legislators reclaim their legislative powers. He’d like courts to pay more attention to the intelligible principle standard, where legislators have to include in their legislation some principle that administrators must use to ensure that they don’t take too much authority. “If even two or three laws in the next 20 years are struck down by the Supreme Court based on that standard, that hopefully would teach Congress a lesson to provide better standards in the future,” Samp says.