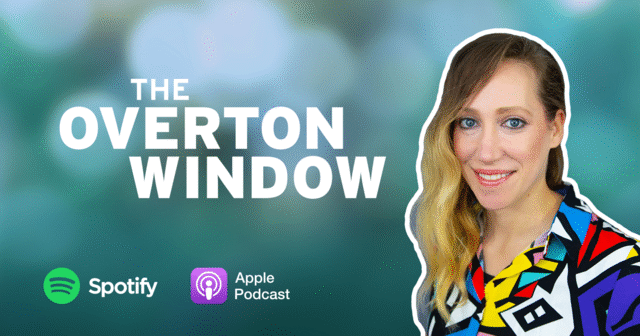 'Remember When We Thought Cellphones Were Going to Cause Brain Cancer?'

The Overton Window for cigarette policy is narrow. Cigarettes are highly regulated and highly taxed. To the extent that there is a policy debate, it tends center around whether to ban menthol cigarettes and whether to raise taxes. Yet the popularity of new nicotine products like e-cigarettes has changed the policy debate, and to talk about this, I spoke with Michelle Minton, a senior fellow at the Competitive Enterprise Institute.

“For the last 70 years of tobacco policy, there’s been uniformity in the conversation in public health; policymakers, and public discourse was centered around the idea that tobacco is bad because smoking causes so much death and disease. And everyone pretty much agreed on that,” Minton said. There was a consensus that nicotine-based products were addictive and dangerous and needed strict controls and hefty taxes, if they were to be allowed at all.

“But with the advent of technologies that allowed consumers to continue using nicotine — or start using nicotine, frankly — in ways that are functionally harmless, or have minimum risks akin to drinking coffee or having a beer, or all of this other stuff; the conversation has split,” she said.

The tobacco control people have the loudest voice on the issue. The World Health Organization, CDC Foundation, Campaign for Tobacco Free Kids, American Heart Association, American Cancer Society and others are engaged on nicotine policy — and not on the harm reduction side of the debate.

“These groups have long been anti-tobacco, and it makes perfect sense," Minton said. "They are a war machine that was geared up to fight Big Tobacco, and they say they won. And to their credit, smoking has gone done enormously over the past 40 years.”

They also decided to oppose the new nicotine products as well.

This is a problem to Minton because the new products save lives. “The evidence is so clear on noncombustible nicotine products like e-cigarettes and snus; it is indisputable at this point.” These nicotine products, which do not require the user to light tobacco on fire, are orders of magnitude safer than cigarettes.

Control advocates are not sold on this conclusion, however. They argue that we can’t know, without long-term research, that there is any difference between these products and cigarettes. They acknowledge that some results might show safety improvements. But as Minton summarized it, activists claim this is like saying, “Jumping out of a 10-story window is safer than jumping out of a 20-story window.”

Minton is frustrated when health advocates take this stance. “Either they are willfully ignorant of the evidence that exists, or they are just lying,” she says. She points to evidence outside of the U.S., including clinical trials, comparing cigarettes to e-cigarettes.

“All of the evidence is coming back and saying, ‘If you are a smoker and you switch to e-cigarettes, you are going to be eliminating all of the risk that you would have from smoking.’”

Because safety is central to the current nicotine policy debate, I asked Minton specifically where people can go to investigate her claims that e-cigarettes are much less risky than cigarettes. Minton recommends looking to the government of the United Kingdom, which has done a lot of research on the question. She also encourages people to check out The Counterfactual, a blog produced by Clive Bates. Bates began as a tobacco control advocate and later was convinced of the importance of harm reduction.

Our conversation covers a lot of ground. We dig into the 2019 e-cigarette scare — which was not caused by e-cigarettes — media coverage, the role of Big Tobacco in the current debate and why people choose nicotine. We also talk about her conversations with legislators and what she’s doing to advocate on the issue, among other topics. But the core question in the nicotine policy debate is whether harm reduction is real and important.

She is optimistic about the future, especially when she looks at research coming out of the U.K. “They do not seem to be beholden to the same morality, the same dogmatic thinking as we have in the U.S. They have their own. It’s different. But because of those differences, it has allowed their scientific community to really engage with the science on this and to come to conclusions based on public health.”