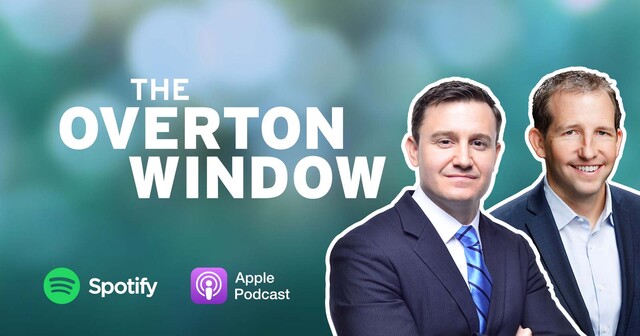 “Public Resources Should be Put to Public Use”

Late 19th-century America has the reputation as operating under free-market policies — not because of anything that went on in the federal government, but because of a bottom-up citizen reaction to failed policies in the states. It put in place important limitations on state governments’ ability to support private business with tax money. The limitations stand in the law even today, but courts have, in various opinions, reduced them to near-irrelevance. I spoke about these laws, and their changing role, with Matthew D. Mitchell and Jonathan Riches, co-authors of the report, Outlawing Favoritism: The Economics, History, and Law of Anti-Aid Provisions in State Constitutions, published by the Mercatus Center.

Mitchell said that the debate about the government’s role in the economy is as old as the country itself. He pointed to Alexander Hamilton’s “Report on the Subject of Manufacturers,” which called for the federal government to encourage domestic manufacturing through subsidies and protective tariffs. “Much of what was going on then was going on today,” he said.

Hamilton’s plans never got adopted by Congress, but states did start to use business subsidies. Railroads, canals and banks were among the most likely recipients of state transfers. “Think of it as basically Wisconsin’s Foxconn experiment, but in the 1820s,” Mitchell said.

What happened to that? “Fiscal disaster,” he said. By the end of the 1830s, these investments, compounded by a recession, led to multiple debt crises. Mitchell noted that eight states and a territory defaulted on their debt. Some of them repudiated their debts, informing creditors that they weren’t going to pay and leaving those creditors with little recourse.

The residents of those states were upset and launched constitutional amendments to stop states from getting into these investments again. “It was the majority of governments that adopted these,” Mitchell said.

While these amendments enacted the same policy, Riches, said, their language varied state to state, and this mattered. “Even within the anti-aid provisions, they were different as they were adopted,” he said. “Some did just apply to states, and then they brought in the local governments. Some never did that and had them apply just to states. Some prohibited government ownership or issuance of stock in private corporations. Others, particularly ones that were enacted with the western railroad expansion experience, became quite robust and just outright limited any donation, grant or gift to private organization, association or individual, and were really robustly written and are robustly enforced.”

This led to a series of judicial rulings that established the public-purpose doctrine, where courts ruled any expenditure for someone’s private interests violated the constitution (sometimes state and sometimes federal). “This was initially created by the Pennsylvania Supreme Court, and the U.S. Supreme Court weighed into this as well,” Mitchell said.

Judges made these decisions without spending a lot of time interpreting constitutional text. “There are just general common law axiomatic principles of government, and one of those is that public resources should be put to public use,” Riches said.

This fit in with the new explicit constitutional prohibitions against supporting private business. “Some of the early decisions were pretty faithful to the stronger language of the provisions,” he said. That is, they were meant to prohibit states from getting into fiscal trouble by supporting private business in any form, and not just by purchasing stock, guaranteeing debt, or making gifts to companies.

Mitchell quotes A.F. Morrison, a delegate to the Indiana 1850-1851 Constitutional Convention: “There is no justice in the principle that the property or the money of the people should be taken to make profits for corporations.” And quoted him further, saying, “A system of oppression inflicted by the representatives of the people ... by means of a regular system of log rolling. ... It is well known how these schemes are got along in the Legislature. Corporations are always well represented there, and the people have no knowledge of what is going on until they are entrapped by them.”

“He sounds like a modern-day philosopher or public choice economist,” Mitchell said.

Early in the republic, acts to encourage the private sector at the public expense were within the Overton Window, and states enacted that policy. The failures of those efforts, however, led to a shift in the window to prohibit favoritism, and courts followed along. Yet, this did not last.

Beginning in the 1930s, courts began to defer their duty of interpreting what constituted a public purpose and instead generally rubber-stamped legislative and executive choices. “Part of the dilution of these provisions should be viewed in the context of courts essentially abdicating their role to hold the popularly elected branches accountable within proper constitutional restraints,” Riches said.

“What is ironic is that public-purpose doctrine ended up essentially being turned on its head. So that if the Legislature claims that something is in the public purpose, then that’s really all they need to do. They just use that magical phrase, ‘public purpose,’ then that overrides the state anti-aid provisions,” Mitchell said.

Riches added, “Despite even strong textual provisions, what the courts started to say was that if the expenditure serves a public purpose, however the legislature or local government defines it, it satisfies the constitutional prohibition. Basically, because we the government says that it’s for a public purpose, it therefore is.”

Riches highlights two avenues to stoke the embers of the public-purpose doctrine: legal activism and legislation. “There is a form of anti-aid provision in basically every state, 49 states. Some are more robust than others. About 16 to 17 states have good textual language and the provisions have not been totally diluted by the courts.” As part of the Goldwater Institute, he has brought legal challenges against government support of private businesses, seeking to put teeth back into anti-aid provisions.

The Goldwater Institute had some success. He highlights a case in Phoenix, Arizona, where the city subsidized a private developer. The institute fought the case all the way to the state Supreme Court, which ruled that the subsidy violated the state’s gift clause and reiterated the public-purpose doctrine. The public, it said, needs to get to get fair consideration for public expenses, and indirect benefits don’t count.

Riches also recommends that states create laws that explicitly lay out what is and isn’t a public purpose. “These provisions can be rejuvenated by legislation that lays out the right test for these sorts of things. We’ve developed some model legislation around these lines,” Riches said. He’s encouraged state legislators to take it up.

Mitchell thinks that the pendulum is swinging back to stronger public-purpose requirements. People react when they see private people take advantage of the government, he said, and referred to Solyndra and Foxconn. He adds that there is cross-ideological skepticism about business subsidies from people on both the left and the right, as there was in the 1800s.