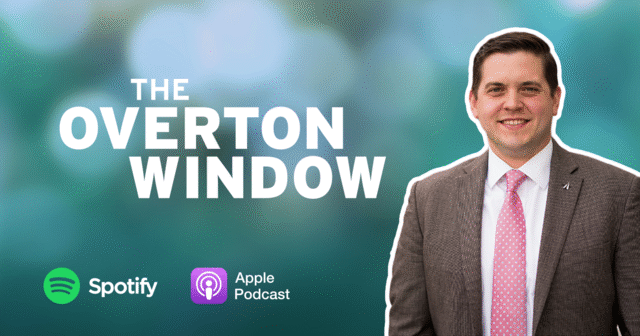 ‘Show the effects that bad policy has on individuals’

John Kay on the Right to Earn a Living

Policy can be used to serve someone’s private interests under the guise that it provides public benefits. Occupational licensing often appears to protect the public from unprofessional service providers, but is too often actually about protecting some workers or industries from competition. It has been difficult to get lawmakers to agree, however, and there has been a proliferation of new occupational license requirements around the country. John Kay of the Pelican Institute, a free market think tank in Louisiana, recently helped pass an important law to put boundaries on what state licensing requirements can do. I speak with him about it for this week’s Overton Window podcast.

The law pushes back on the overregulation of occupations. “If these rules don’t protect the health, welfare, safety or fiduciary interest of the consumer, then you have the ability to petition the board and ultimately sue, if you have to, to overturn those regulations,” Kay says.

“Louisiana is one of the most onerously licensed states in the entire country. We license 77 of 102 lower income occupations. We’re the 43rd most burdensome licensing state in the country and we’re the sixth most broadly and onerously licensed state in the country,” Kay says, citing the work of the Institute for Justice. “This gives real recourse to the licensee in Louisiana to change the rules of the game.”

Kay and his colleagues worked to build a coalition to support this bill, and others that make occupational licensing less burdensome. “We had support from the left, from the right, from the middle,” Kay says. “We had everyone from the Louisiana Association of Business and Industry to the Louisiana Budget Project to groups all in between who supported this law.”

A vital contribution to the legislative debate, Kay says, was finding stories of people who have been hurt by excessive licensing rules. He tells the story of Daltonio Elaire and Jennifer Menard, both of whom had their mobile businesses shut down by state licensing boards. “They were innovating. They were coming up with a way to bring their product or their service to market and serve their consumers in a safe way. They were both told by their respective boards that they could not operate. They had to shut down,” Kay says.

“We sat down with them. We filmed them telling their story talking about their problem. Daltonio even joined us at the capitol and testified and met legislators,” Kay says, “We put a face on the problem in Louisiana.”

“We found that it’s maybe a little bit easier to pass good policy if you show the effects that bad policy has on individuals,” Kay says. Elaire wound up leaving the profession. Menard found a loophole that allowed her to operate a mobile salon, but only for older and infirm persons.

The bill had opposition from industry and occupational associations. “We met with any of them who had a problem or a complaint and we tried to do our best to walk them through what the bill would do and what the bill wouldn’t do,” Kay says, “And either they would get comfortable with it or they would oppose it.”

Kay and his colleagues did not win everyone in the opposition over, but they had broad bipartisan legislative support. “We never received a vote in opposition despite the boards — many of the boards or associations — coming out in opposition to the bills,” Kay says.

It’s not the first time they’ve worked in occupational licensing policy, but other attempts have not been successful. Louisiana is the only state which licenses florists, for instance, and there doesn’t seem to be much public benefit from it. Yet they couldn’t get legislators to eliminate this requirement. “The bills would get all the way through the House without much opposition or much outcry. And they would get to the Senate and they would die. In committee, probably,” Kay says, “Those opposed to the bills will find their spot where they think they have the most influence in the Legislature and work it really hard.”

This time, however, it was different. Kay and his coalition built an expectation where legislators felt they had to do something about the state’s occupational license policies. “We finally got to a point where I think legislators knew that something had to change to fix the licensure regime in Louisiana,” he says.

Previous attempts to change the policy failed to change the policy, but it got more people to pay attention to the issue. Newspapers gave it sympathetic coverage. The governor called for it in his State of the State Address. Legislation got sponsored by members of both parties. “It was everything we worked towards, everything that we’ve put our minds towards the last several years finally coming together and creating a situation where we can have a victory for the people of Louisiana,” Kay says.