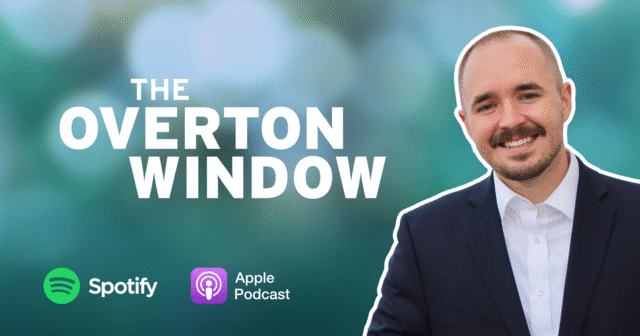 Voters often look at their list of candidates for office and are disappointed to see that there’s no one who represents their views, and they feel forced to settle for the least bad choice. Activists look at this problem and see an opportunity.

Jeremy Baker is the political director of Commonwealth Partners, the chamber of entrepreneurs in Pennsylvania, and works to recruit people to run for office. I spoke with him about it for the Overton Window podcast.

“We exist because the business community was so frustrated with the legislature and how it wasn’t enacting good policy. So instead of trying to change policy, we said change the people who make the policy,” Baker said.

He is looking for candidates who share the group’s convictions, are electable and are able to work with others, including those across the aisle. “You can have a person with the best convictions that just can’t win and unfortunately we have to be wise about how we support those folks,” Baker said.

He and his colleagues also work to stop electable people without their convictions from getting in office in the first place. “The more people you put like that in office the less you can get done,” Baker said.

Commonwealth Partners is a business network, and Baker taps business leaders to identify community leaders who may be interested in running for office. Business owners and managers can be difficult to persuade to become politicians. They may have to leave their businesses in order to run for office. Others simply don’t want to work in a hostile political world.

“This is where networks are tremendously important. The first step I encourage anyone who’s looking at recruiting candidates is to build deep networks because that’s where good candidates come from,” Baker said.

Baker looks at all of the legislative elections to see where he needs to recruit people. It’s not as daunting as it may seem to find candidates for 203 seats in the state House and 57 seats in the Senate. The people running for re-election usually win, and get upset if he recruits candidates to challenge them in primary elections. Commonwealth Partners can challenge incumbents, but the group avoids doing so except in cases where the officeholder regularly vote against its core issues.

“I tend to stay out of incumbent primaries. I often think that you do more harm than good by engaging there,” Baker said.

There is more opportunity when incumbents leave office. “Open seats are great because it gives you a fresh start with a new member,” Baker said.

Because many people run and only one person gets elected, candidate recruitment generates animosity. And this hostility can harm Baker’s agenda.

“We have the Three Ps of Pennsylvania politics here’ Baker said. “It’s personality-politics-policy. First, does the person like you? Second, is it good politics for them? Three, is it the right policy? Unfortunately, it works in that order.”

Still, Baker will have a good relationship with lawmakers when he recruits them and they win. “That’s where the risk-reward comes into play. When you engage in the political process at all, you’re stepping into a realm where you will inevitably make someone upset,” he said. And the real benefits are when the people recruited support good policy not out of loyalty, but because they believe in what they do.

When asked how many office holders he and his colleagues have recruited, Baker said, “I don’t know. A lot. Enough where we feel really good about the direction our Legislature is going.”

“For the first time in history, the House passed an [Educational Savings Account] bill. And we can point directly to that,” he said. He also noted that lawmakers his organization recruited led the fight against tax increases supported by the governor.

The lawmakers he recruits work within the Overton Window, and recruitment doesn’t change what is politically possible. But it makes a big difference in which of the passable laws are enacted.