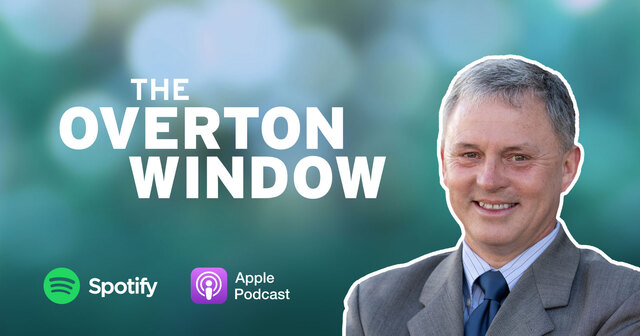 “It Worked Like in the Textbooks — and Nothing Ever Does.”

How to amend the Michigan Constitution, with Leon Drolet

Leon Drolet had a very good 2006. That year, voters approved two initiatives to amend the state constitution, and he had worked on both. I spoke with him for the Overton Window podcast about his different roles in those campaigns.

The first initiative banned the use of race preferences in state government, including for university admissions. The other prohibited the use of eminent domain to take a person’s property for economic development purposes. And though both wound up on the ballot in 2006, he played very different roles in each.

For the race preference amendment, Drolet worked with a team of people interested in advocating for a change. The team included Jennifer Gratz, who had won a lawsuit challenging the University of Michigan’s racial preference policy.

He knew that they weren’t going to get much support from the political class. “Anybody who’s involved in policymaking as a full-time position, whether it’s a lobbying corps, the legislators themselves, elected officials, staff folks, interest groups — they wanted nothing to do with this,” he said.

When there is no avenue to get an issue through the Legislature, Drolet’s team had to turn to the people themselves. Michigan allows advocates to put constitutional amendments before voters if they gather enough signatures from citizens. His job was to chair the signature effort, raise money and coordinate the campaign to put the question before voters. It took three years.

Drolet and his team encountered barriers at every step of the way. The language of the amendment needed to be approved by the Board of Canvassers and the signatures needed to be validated by the Secretary of State. The Board of Canvassers then needed to approve everything before the question was placed on the ballot. This process did not go smoothly. “Frankly, they (the organizers) were not all that concerned about signatures or validity or citizens’ rights as much as they were concerned about making sure their position on the issue was what they voted on,” he said.

The courts got involved. Initiative backers lost at some steps, but they eventually got the issue on the ballot. What’s more, they were successful in getting voters to approve it. But even after that victory, they faced a challenge in federal courts. “Ultimately, we appeared in front of the U.S. Supreme Court and prevailed,” he said.

Drolet considers his role was in that campaign as a strategist. “Scientists have done some genetic studies on elected officials and politicians. It turns out that they’re almost indistinguishable from human beings,” he said, dryly. Since legislators vote in their best interests, he said, changing what is in their best interest can move policy forward.

When it came to the eminent domain amendment, he had a different role. People were mad about a U.S. Supreme Court ruling that allowed local governments to take a person’s property and give it to another private interest, as long as it promised to bolster economic development. This introduced a potent idea into the Overton Window: States should prohibit this particular use of eminent domain. “The interest of state lawmakers was to demonstrate to voters that they were outraged by this and they cared. But you could do that in any number of ways,” he said.

Lawmakers could actually do something to protect property owners, or they could only make it look like they did something. “Like it or not, the greater number of public officials didn’t care which,” he said.

Some states passed weak reforms. They added exceptions for “blight” and gave it a broad definition so that governments could still take private property for economic development purposes. If governments can declare any property to be blighted and use eminent domain to take it, then property owners are not protected.

Drolet wanted to make sure that the Michigan Legislature passed an amendment that had teeth, and then put it before voters. The Legislature can put constitutional amendments on the ballot with the approval from two-thirds of members in both chambers. He was a committee chair and had enough trust from legislative leadership that he could champion the amendment through the legislative process.

Because this strategy required bipartisan support, he worked with the Democratic vice chair of his committee. The other side raised objections, such as what happens to renters if eminent domain is used to purchase and demolish a building. With enough discussion and input from outside experts, lawmakers developed a proposal that had bipartisan support, and voters approved it.

Beyond his 2006 constitutional amendment work, we talk further about working within the Overton Window as a legislator, and about his work to oppose local property tax increases as both advocate and township treasurer.