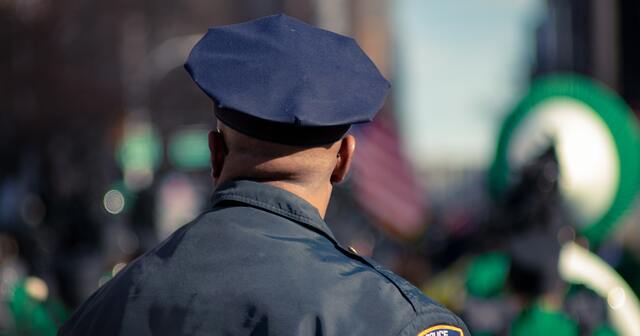 “It is remarkable how many blatant falsehoods are propagated about qualified immunity.”

In the late 1960s, the U.S. Supreme Court developed a doctrine called qualified immunity. With a few exceptions, it prevents state actors like police officers from civil lawsuits that allege they violated the rights of others. While this doctrine has been maintained at the federal level, there have been recent pushbacks in the states. We spoke with Jay Schweikert of the Cato Institute, a national free-market think tank, about a recent law passed in New Mexico to end qualified immunity.

He says, “Qualified immunity is, in my view, the biggest stumbling block to accountability in the criminal system, especially as it pertains to law enforcement.” It is a judicial doctrine that shields public officials from liability even when they’ve violated someone’s rights. Under it, victims need to demonstrate that the rights that were violated were “clearly established,” in order to bring a claim against an official. This is trickier than it might seem, since it would require plaintiffs to find similar facts and a ruling in the same jurisdiction to clearly establish a right that can overcome qualified immunity.

He raises one case in which police officers took over $200,000 in cash and rare coins while executing a search warrant. They put only a portion of it into their seizure system and the people who lost the money allege the officers stole the rest. But the officers were granted immunity from a civil suit brought about by the owners. Courts hadn’t addressed the issue before, so the officers got immunity from the lawsuit.

Schweikert adds, “We could do nothing but list examples of egregious qualified immunity cases all day.”

He’s been working on the issue at the Cato Institute since March 2018, when it launched a campaign against qualified immunity laws. Cato wanted to get the Supreme Court to overturn the doctrine, but the courts declined to hear some major cases on the issue in June 2020.

While qualified immunity is doctrine made by judicial interpretation at the federal level, states can make their own workers (and local government workers) liable for civil offenses if they violate the rights of others. State interest in police reforms, including ending or changing qualified immunity, increased after the summer 2020 Black Lives Matter protests. Legislators in Colorado and New Mexico started to look at the issue, with Colorado passing a law in June 2020 and New Mexico doing the same in April 2021.

Police groups and their unions tend to be the main opponents of attempts to reform qualified immunity, arguing that it protects the discretion of police officers in dangerous situations. Schweikert notes that police discretion is a different issue than qualified immunity. He argues that the Fourth Amendment already allows for deference to reasonable police decision-making. Police can make mistakes, but qualified immunity protects objectively unreasonable actions.

Public attitudes toward the police are one factor in whether reforms to qualified immunity take place. Schweikert points to a Gallup poll which shows that faith in law enforcement is at its lowest point since the early 1990s, when the topic first appeared in its polls. One reason for the decline, he says, is that people recognize how unaccountable police are. “It is professional police officers who suffer when their unprofessional colleagues — when the small minority of officers who commit serious misconduct — are not held accountable. So this doctrine, far from protecting the police, is actually doing them a tremendous disservice.”

On the federal issue, the Cato Institute has worked with a broad coalition of groups to end the doctrine, including the American Civil Liberties Union, the National Association for the Advancement of Colored People, the Institute for Justice, and Alliance Defending Freedom (a conservative religious liberties group), the 2nd Amendment Foundation, Americans for Prosperity, the Reason Foundation, and the Law Enforcement Action Partnership (a reform-minded law enforcement group), as well as others.

When lawmakers start introducing laws to address qualified immunity, his role in the coalition is to clear up misunderstandings. “It is remarkable how many blatant falsehoods are propagated about qualified immunity,” he says. That mission has take him to legislative committee hearings and briefings to lawmakers.

I can’t tell you how many debates I’ve had where there was a member of law enforcement who was brought in to be the defender of qualified immunity. And by the end of the debate they’re basically saying, “Sure, if the officer is acting objectively unreasonably, they shouldn’t be immune. I’m just saying you shouldn’t be able to sue them for good faith mistakes.” Great! We completely agree! And you’re not talking about qualified immunity.

The Colorado bill passed with large bipartisan support, though it was more partisan in New Mexico, with Democrats supporting the bill and Republicans opposing it.

Schweikert hopes that future bills will get more bipartisan support. He suspects this will happen as more lawmakers recognize that qualified immunity actually hurts most police. New laws passed in other states can give powerful evidence to future debates.

Schweikert is working to get broad-based support for ending qualified immunity. You can check out his work at unlawfulshield.com and listen to our conversation at the Overton Window podcast on Spotify and iTunes.