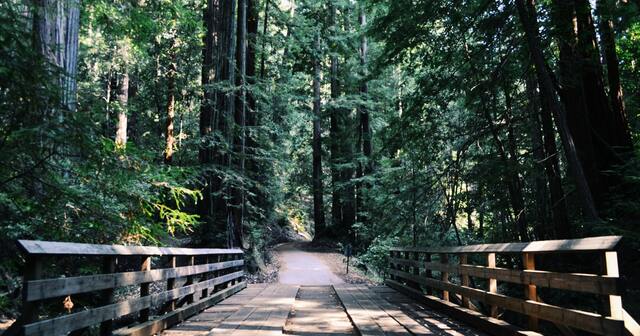 “It is one of the most important public health tools known to man.”

I want the Overton Window podcast to cover topics that people care about. So, I asked a friend what topics interest her. At her request, we dug into mosquito control policy and its Overton Window with Mark Clifton of the North Shore Mosquito Abatement District, located in northern Illinois.

I had thought mosquito control efforts were limited to more wealthy communities that were sufficiently bothered by mosquito infestations. Further, I thought it had mostly to do with killing mosquitos by spraying pesticides over the land. But there is much more to it.

Clifton informed us that most mosquito control policies are more than 100 years old, and began to take shape at the same time people made the connection between mosquitos and malaria. Many of these policies were based in the techniques that American engineers had learned when they helped to build the Panama Canal.

“Illinois was considered the graveyard of the U.S.” due to mosquito-borne illnesses, Clifton notes. Governments began mosquito control activities to reduce the incidence of these diseases. As their programs took hold, they also levied property taxes to fund the efforts.

But mosquito control was very different back then. “The first mosquito control (tool) was dynamite,” Clifton says, and he means that literally. Dynamite was used to drain pools and swamps, which provide habitat for mosquito breeding.

The agency that eventually became the Centers for Disease Control and Prevention also began an antimalarial campaign. Mosquitos only transmit the disease between humans; they don’t generate it themselves. “If you can eradicate the malaria parasite, it’s hard to reintroduce it,” Clifton remarked. The campaign relied heavily on the insecticide DDT, but the introduction of air conditioning and screened windows contributed to the decline of malaria, too. Thankfully, malaria has been effectively eradicated in the U.S., although some people will be infected when they travel abroad.

Mosquito control now uses what practitioners call an “integrated vector management approach,” which includes public education, bacterial larvicide, monitoring mosquitos, knowing where they are reproducing, surveilling habitat and applying chemical pesticides. Clifton notes that pesticides are a last step and are only applied when mosquitos carrying diseases are out and biting people.

He also describes how it is important to kill mosquitos while they are in their larval form. Floodwater mosquitos will build up egg banks in the soil that can survive for a couple of years. When an area is flooded, the eggs can hatch. The mosquitos will then spend up to two weeks in a larval stage, in high concentrations in puddles.

To kill them, controllers simply need to release special bacteria into the water. The larvae eat the bacteria, which produce four different toxins in the larvae’s digestive system. The toxins kill the mosquito before it matures and can begin to bite people. “It is one of the most important public health tools known to man,” Clifton opines.

The biggest part of mosquito control is to know where these larval pools are. Clifton has mapped his district, and his agency applies the bacteria treatments to hatching sites when the weather and temperature is right. He also notes that, for larger sites, controllers will drop the bacteria from airplanes. This is a more common approach in Michigan.

Control programs also trap mosquitos to confirm which types are in an area and whether they carry any diseases harmful to humans. Clifton explains that there are dozens of different species of mosquitos. “They’re not all a problem and they’re not all a problem all of the time. Some of them never really bite humans and some don’t spread disease, and some are actually predators on other mosquitos.”

If there are enough of the biting mosquitos that are carrying disease, controllers institute the practice of “adult mosquito control” and apply pesticides using trucks and aircraft. But Clifton cautions, “You don’t just use pesticides because you can. You have to have a threshold. You have to balance it with other sorts of interventions. It’s about stewardship and using materials judiciously, not overusing them.”

Besides preventing deadly diseases, controlling mosquitos is a quality of life issue. He notes that one particular kind of mosquito, Aedes vexans, or the inland floodwater mosquito, would swarm in sufficient numbers to chase people out of their backyards if they weren’t controlled. Keeping mosquito populations down gives people something they want. “It is not as quantifiable, but it is very important to people.” Indeed, Alexis de Tocqueville, after a miserable trip through Michigan one humid summer, remarked that "the police power is never more legitimately exercised than in removing such nuisances."

Clifton notes that while there is some mosquito control going on all over the country, it takes a special characteristic in a community to do regular mosquito control. Population density is a major factor. People in rural places may just have to live with them, and cities don’t have the kind of floodwaters and habitat that mosquitos need to populate in large numbers. It is only in the places with a sufficient mosquito population and breeding habitat where regular control happens.

We discussed various structures for providing these services. Clifton works in a control district that is supported by its own property tax levy. In other places, county health departments control populations, or general purpose governments take on the service. And governments that provide the service often use contractors. But they all use the same kind of integrated vector management to do their work.

He also says that there have been few changes to state laws recently. Michigan was the one state he knew of to change policies. The state now allows townships to levy property taxes and special assessments, if local voters approve them, to fund mosquito control efforts. Michigan’s decision came in response to an outbreak of eastern equine encephalitis, an especially deadly disease.

We wrapped up by discussing the future of mosquito control, which may involve drones, better global positioning systems and geographical information systems, as well as genetic modification and symbiotes.