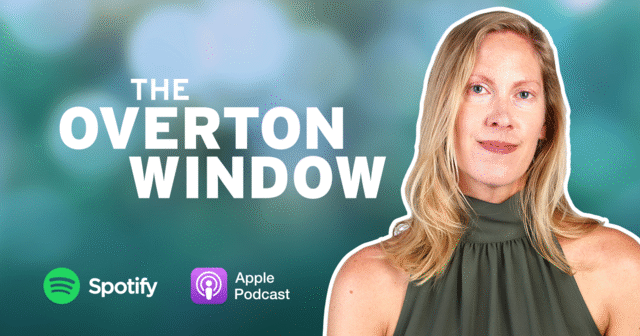 ‘I know this from the colorful mail I receive from readers’

Ingrid Jacques on winning people over through columns and editorials

Politicians are sensitive to what people think about them, and they pay attention to what people say. Newspapers remain the place where people talk about state policy the most, and editorialists and columnists have a prominent platform to talk about state policy. I spoke with Ingrid Jacques about it for the Overton Window podcast. Jacques is a columnist at USA Today and a former editorialist at The Detroit News.

“My job is to have an opinion and to present a point of view on the news,” Jacques says.

“I’ve tried to build my career about being a straight shooter and laying out the facts to the best of my ability,” Jacques says. “I strongly believe in being as fair and balanced as possible, even in an opinion role.”

There are columnists who try to preach to the choir. She tries to persuade people, instead.

“I like to reach people who may not agree with me. My hope is that they take the time to read my column or editorial and maybe come away with thinking about an issue from a different perspective,” Jacques says. “It is so difficult to really change anyone’s point of view, if not impossible. But if you can at least get someone on a very opposite side to hear you out, and to possibly think about a controversial issue with a little bit more perspective, I consider that a win.”

“We’re increasingly becoming a society that only gravitates to views that we already agree with,” Jacques says. “That’s why it’s been important to me in my career to work for more, quote, ‘mainstream newspapers’ whether it’s The Detroit News or now USA Today. Hopefully I can reach an audience that, sure, some folks will agree with me, but a lot don’t. And they’re surprised to see a more conservative-libertarian view in a mainstream newspaper.”

As an opinion journalist, she is trying to affect policy. “We weren’t activists for either party, but our job is to advocate for policies and ideas that we think will help the state, help the country,” Jacques says.

Selecting an issue to advocate for comes from working with the editorial board. “We put a lot of thought into where we felt we could have the most impact,” she says.

“I’m still pretty new in my USA Today job and it’s very different writing to a national audience versus a more regional one. So I’ve been focusing a lot on some of these cultural debates that are going on around the country,” Jacques says.

And, as most professionals in the news business do, she wants her work to reach a lot of people. “I don’t know how many people pick up the paper, like I still like to do, but yes, I can track how many people have clicked on my article and how long they spend on it,” Jacques says.

“I’ve been in the business a long time. I feel like I have fairly well-honed news judgment for what may attract reader attention,” she says, “I’m still in the news business. I like when we can break news, that’s really fun.”

Her favorite pieces are ones that draw attention to issues that other journalists weren’t covering. She mentions writing about a Michigan Board of Education decision to withhold some grant money from charter schools.

“That had not been in the press until I wrote about it. And pretty quickly thereafter they changed course and did decide to release the money,” Jacques says.

She was also proud of her work calling out Gov. Gretchen Whitmer for issuing strict COVID protocols based on emergency authority. “I know I wasn’t the only voice against it, but I think one of the few in the statewide media that were calling attention to what I thought was a real abuse of government power,” Jacques says.

The trick to opinion journalism is thinking of a worthwhile angle.

“Inspiration is like 99% of the challenge in the job. If you can come up with a good idea, that is really the hardest part,” Jacques says. “You don’t want to be just one more opinion piling on an issue everyone else is doing.”

Jacques knows that she’s making a difference because people tell her so.

“Someone will write to me even months after I’ve written a column, and they’ll tell me that it was meaningful to them in some way,” Jacques says. “When you hear that something you’ve written has had some impact or meaning to someone, it makes it all worthwhile.”

Check out the conversation at the Overton Window podcast, available on Apple Podcasts and Spotify. She recommends checking out her work and getting a subscription to the USA Today and The Detroit News.