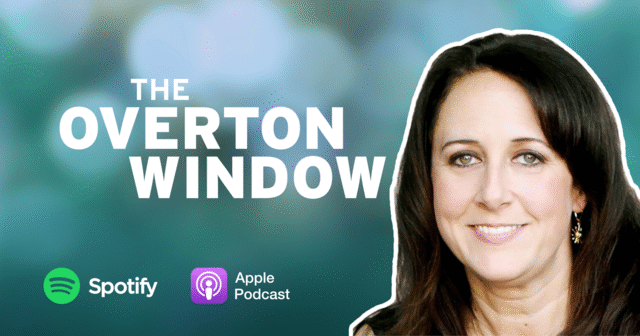 'Transparency is for government and privacy is for people'

Heather Lauer on getting lawmakers to pass donor privacy laws

Some people think that citizens ought to be told about anyone who donates to policy and political organizations. Others think that the only use for this information is to harass political opponents. Heather Lauer is the executive director of People United for Privacy and firmly thinks that disclosure rules are being abused to silence opponents. She’s gotten a dozen states to adopt donor privacy laws. I spoke with her for the Overton Window podcast.

Lauer boils it down to a simple message. “Transparency is for government and privacy is for people,” she says.

This idea goes all the way back to the founding of the country. Alexander Hamilton, James Madison and John Jay promoted the adoption of the Constitution under pseudonyms. Opponents attacked the proposed Constitution anonymously too. “They are rights that are just as important today as we're debating critical issues facing our country as they were when the founders were forming the country,” Lauer says.

Fellow citizens should be treated as people to be persuaded rather than voices as to be silenced. “It is quite another thing to give politicians the power to target people who disagree with them and enact policies that will shut down debate by intimidating people,” Lauer says.

Despite the assertion from proponents that donor disclosure is about transparency, Lauer questions whether these required disclosures are used for anything except stifling debate. “There is no legitimate answer to the question of what you’re going to do with this list when you have it. No one can give a good answer to that question that isn’t just frightening,” she says.

She says that it’s an unfortunate but too regular tactic for groups to try to intimidate and harass the people who oppose them. “Unfortunately, we have countless examples of $10, $50, $100 donors who have given to a cause, had their name exposed, and then they've been targeted, which can result in job loss,” Lauer says.

One group organized donations to the Canadian truck convoy COVID protests, only to see its donor database leaked, after which opponents began calling donors to question their beliefs. “They started calling and emailing people who had showed up on that list, small dollar donors, demanding that they explain why they were supporting that cause,” Lauer says.

Lauer’s group crafted model legislation for lawmakers to adopt after an attempt by state government officials to collect donor information. California Attorney General Kamala Harris required that nonprofits send their major donor lists to her office in order to do business in the state.

“The Americans for Prosperity Foundation took it to the courts. It worked its way up to the Supreme Court and what the Supreme Court ruled is that state agencies can't just go out and randomly demand lists on a widespread basis.” Lauer says. “What our bill does is put that into state law.”

She’s been able to get twelve states to pass donor privacy laws. Part of her success was that she built legislator awareness and knowledge about the issue when donor disclosure bills were introduced. “We spent two years just meeting one-on-one with legislators, engaging in a prolonged educational effort to explain how this works,” Lauer says, “It’s taken us another two years to get to the point where it’s heading to the governor’s desk.”

Opposition to donor privacy laws tends to come from local journalists and politicians angry about their opposition. “Reporters who cover these issues have some bias and they’ve already made up their minds about what this issue means,” Lauer says, “Unfortunately, we’re never going to have media on our side.”

“We’re never going to convince politicians that they shouldn’t be upset about what happened during the last election cycle, and they are going to continue to want to retaliate for what their enemies have done to them,” she says.

Republicans have been more sympathetic to her pitch, but she wants this legislation in every state. “We are now moving into states where government is split with Democratic control, and it’s required a slow process of finding allies, finding other nonprofit groups who agree with us on the issues,” Lauer says, “The American Civil Liberties Union has been a key ally for us on this issue from day one.”

And she looks forward to getting more states to adopt donor privacy laws. “We are working it state by state, having lots of individual conversations and bringing unlikely allies together. The fact that we get this done in a bipartisan way gives me hope,” Lauer says, “It is so refreshing to sit down and talk to someone who might be on the opposite side of the aisle from me about an issue where we can find common ground.”