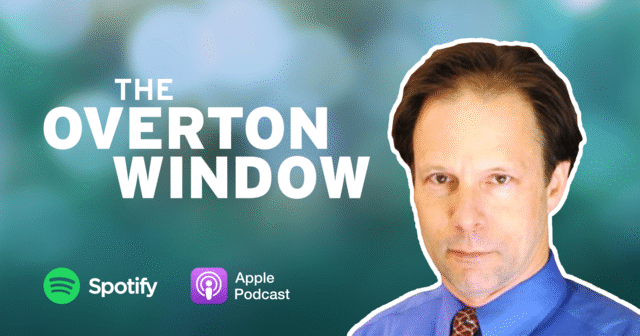 Companies lobby state governments for grants, loans, tax breaks and other favors. Greg LeRoy at Good Jobs First wants state lawmakers to deny those requests. And I speak with him about it for this week’s Overton Window podcast.

“The things that benefit all employers — a good school system, efficient infrastructure, public safety, public health, the lowest tax rate and the broadest tax base to allow for efficient fair government and public services — all those suffer because now you’re hoarding and putting a lot of eggs in a few baskets,” LeRoy says.

He argues that it’s only a handful of companies that are looking for favors. “It’s dominated by big companies that have armies of consultants and lawyers and tax accountants to help them dominate the system at the expense of everybody; every small business, every working family,” LeRoy says.

Favoritism comes in a variety of forms, and some of it is more politically feasible than others. Lawmakers can reduce a company’s property or sales taxes, or offer an exemption from those taxes. They can offer assignable tax credits that allow companies to sell the credits to other taxpayers. And sometimes they offer cash from the state treasury.

“Tragically, some states have allowed these things to grow into other people’s money. About a third of states — including Michigan’s flirting with the Good Jobs for Michigan program — allow employers to keep some of their employees’ personal income taxes,” LeRoy says.

“At the end of the day, most of these incentive programs do amount to wealth transfers, frankly. And it’s most evident in megadeals, that is, deals of hundreds of millions or even billions of dollars for single facility projects,” LeRoy says.

“The average cost per job for the megadeals is $658,000,” he says. “Think about it for a second. There’s no way the average auto worker, chemical plant worker, steelworker is going to pay $658,000 more in state and local taxes than the cost of public services they and their families consume over the working lifetime. The only thing we can honestly say about a deal that expensive is that there’s a big transfer of wealth from taxpayers to shareholders. Everything else is conjecture, frankly, about costs and benefits.”

Lawmakers offer these deals because landing a big company results in headlines about job creation. Voters around the country want politicians to do something about jobs, and elected officials often take that mandate to offer favors to select companies.

LeRoy notes that there is opposition to selective favors on both the right and the left. “It’s the squishy middle; it’s the centrist Dems and the business Republicans that still are most numerous in public policy-making bodies, and adhere to this lockstep dogma that tax breaks create jobs,” he says.

LeRoy’s theory is that bringing more transparency to the issue will get the public to oppose special favors. “We’ve been pushing disclosure,” he says. “We think that no matter where you’re coming from, whether you’re caring about fairness to small business or whether companies pay living wages or whether they’re subsidizing sprawl or any other issue, we all have to get to first base with sunshine.”

He and his colleagues issue report cards on state disclosure. They maintain databases of special deals offered on a state-by-state basis. They draw more attention to the issue.

Good Jobs First also helped change government accounting standards to require more disclosure of special deals in the governments’ annual financial statements. Governments now have to report on tax abatement programs and how much revenue the government lost to those programs. “That’s bringing a new dimension to the debate because now we can really talk very concretely about the fairness or the harm to public services,” LeRoy says.

He thinks that people are going to be more skeptical about selective business subsidy programs in the future. “Good Jobs First is 24 years old. And I’ve been working on these issues, most of the time, since the Carter administration. I’ve seen a lot of progress in my time.”

He cites practices like clawbacks, which allow governments to reclaim taxpayer cash if deals go awry, as an example. These used to be rare and now they are standard practice. There is more disclosure. There are more investigative journalists looking at the issue. “We have so many more tools now to have a more educated debate about these deals, if people want to have a more educated debate,” LeRoy says.