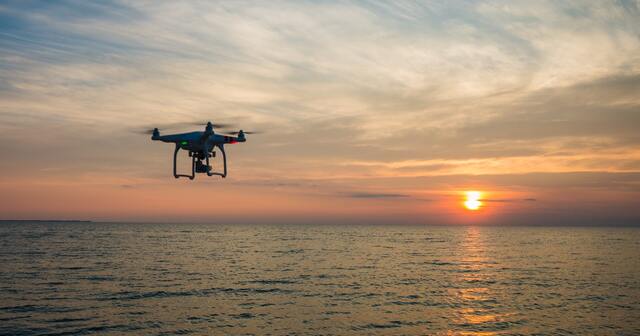 “Federal, State and Local Lawmakers: You Need to get Ahead of This. The Lawsuits are Coming.”

How drones are changing the Overton Window for low-altitude airspace

There are a lot of new drones on the market, and people are creating new businesses that use them. But should there be limits on their use? For instance, if a company flies one over someone’s house, is it trespassing? I spoke with Brent Skorup, a senior research fellow at the Mercatus Center, about what sets the Overton Window for regulating drone activities.

As it turns out, this area was highly regulated before drones even got off the ground.

People own the air above their property, and there are rules about privacy, trespassing and nuisances. Some landowners may not know this because few people, if any, have expressed an interest in using their airspace.

“Even in a rural area, you buy [property] with the expectation that your neighbor or a business is not going to build anything ten feet above your roofline,” Skorup says.

You can’t just enter someone else’s property, and that also means you can’t fly a drone over it, either. Drones make noise and operators can violate noise ordinances.

In addition, if governments try to specify that drones can fly over people’s homes, they may be subject to “takings” lawsuits. Governments cannot take someone’s property without also giving them compensation. So if a unit of government permits drones to fly over private property, it may be challenged for committing an uncompensated taking.

State and local lawmakers ought to establish rules for drones because, in part, if they don’t do it, the courts will. Skorup says that Michigan has already been at the forefront of drone litigation. Some landowners sued a Northern Michigan township after it used drone photography to cite them for zoning violations. “People have privacy expectations, certainly against the government, but also against private individuals. They don’t want drones flying at low altitudes over property,” he says.

It's also important to establish rules because new uses of drones can improve people’s lives. Some dangerous jobs, such as inspecting infrastructure like cellphone towers and utility lines, become a lot less dangerous when drones can do the work. Timely delivery for a medicine with a short self-life can save lives. “That’s not even talking about opening up an entirely new sector, entirely new jobs like technicians and remote operators and the logistics and retail and all the things that go into a mass drone delivery service that Amazon or Walmart or UPS would use,” Skorup says.

One way to respect private property while allowing more commercial use of airspace would be to create drone easements above public roads. State and local governments already own and manage roads, and therefore, they own the airspace above them. Delivery services already use roads and delivery drones could use the space above them.

“The traditional common law system of trespass and nuisance, combined with leasing of drone easements, provides a way of protecting privacy and property rights while also giving the industry access to hundreds or thousands of miles in every state of roadways to fly over,” Skorup says. “I think it’s an elegant way of protecting private property.”

The Overton Window for drone regulation has formed around existing property rights and the popularity they enjoy. Those rights are so strong that it would be politically acceptable to regulate a lot of commercial drone usage out of existence before the market for it even fully develops. That would be a mistake.

Skorup argues that there’s a role for the federal, state and local government to play in respecting property rights, but also in creating new policies that will allow for people to enjoy the benefits of this nascent market. “I’m optimistic,” Skorup concludes. “I think most state lawmakers have a healthy appreciation of the commercial and jobs potential of this industry, but also recognize that there are ways of responding to residents’ concerns about privacy and property rights.”

Check out our conversation at the Overton Window podcast, available on iTunes and Spotify.