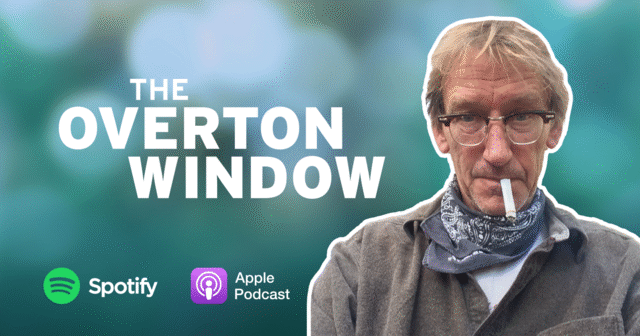 “The past is a foreign country,” novelist L.P Hartley once remarked. “They do things differently there.” In politics, the bounds of the Overton Window change over time and people live with the compromises that those foreigners made. I talk about these changes with long-time Detroit Free Press reporter Dawson Bell for this week’s Overton Window podcast.

Bell started reporting in the 1980s. “We were at that point emerging from the long process of breaking up the status quo that had pretty much characterized the whole post-war era,” he says. “Long serving governors, long serving legislators, and the total domination of the Democratic Party by organized labor, especially the [United Auto Workers].”

But Michigan politics were on the verge of a shift.

“I was given to understand that Detroit interests ruled the roost,” Bell says, “That had been true under Govs. Williams and Romney and Milliken. I noticed that things were shifting fairly rapidly at the time, as Detroit had lost population in fairly dramatic terms in the eighties and the auto industry had been in a period of restructuring and decline. The Republicans had essentially taken advantage of all that.”

In other words, the economic changes in the state also brought changes in what was politically possible.

“Tax cuts became a driving agenda item for Republicans, and education reform: You know we had the big charter school proposal and Proposal A property tax and education initiatives,” Bell says.

Some of the changes seemed like they would be more meaningful at the time.

“Charter schools was sort of a revolutionary idea in that period, and we thought opening the door to them could usher in sweeping changes to the whole public education infrastructure,” Bell says. “And as much as I’d like to believe otherwise, it’s not entirely clear to me that that’s actually happened.”

A lot of things haven’t changed, too.

“The notion that Michigan was over-reliant on the auto industry goes back at least as far as the Milliken governorship,” Bell says. “The corporations, the suppliers, the number of employees and the organized labor that represents those employees are still a very influential force, and I think they remain so today. We’ve seen that they shower the industry with tax incentives and grants. It’s not like the auto industry ever wanted something from the state government and didn’t get it.”

This power persists even though the auto industry’s actual importance to Michigan’s economy has declined.

“The tendency is to believe that it makes a difference despite a fairly large body of evidence to the contrary. We kind of lost our faith over the course of the 70s and 80s in economic dynamism writ large, the notion that people, individuals, associations and corporate interests — private interests are the best stewards of their own resources,” Bell says.

“The urge to do something is overwhelming for most people in elected office. Even though the areas of growth almost always come from places that government didn’t really anticipate and couldn’t anticipate,” Bell says.

He saw a lot of change in his own profession, journalism. “The industry as a whole is unrecognizable.”

Bell recalls the newspaper’s coverage of speeding enforcement in the late eighties. “The state police had noted that motorists were increasingly ignoring the 55-mile-an-hour speed limit,” Bell says. Freeway speeds had gradually increased. The state police wanted to slow people down and were going to launch air patrol speed enforcement.

He and his colleagues wrote about it. “I was at that time commuting on I-75 from northern Oakland County to Birmingham,” Bell says, “Within a week, after people started looking over their shoulders and up in the sky, I noticed that people were slowing down. For a brief period, anyway, the Free Press got everyone to slow down.

“That sort of thing is unimaginable in today’s media landscape. There are no dominant voices in media. The consumption of information — not always news — is so fragmented.”

Bell recalls a time when politicians even thought of print editors as sources of good counsel.

“There was a legendary editor at the Free Press named Joe Stroud,” Bell says. “He was the editorial page editor for a decade or more. He was regarded by very influential legislators as a sort of a sage. When they were grappling with a tough question of one kind or another, they would often have an extended off-the-record conversation with him about how he viewed the political dynamics and the wisdom of the policy.”

Legislators aren’t turning to editors anymore, and Bell says that former legislators tend to serve this role. “I don’t know whether they get better advice now or worse,” he says.

Term limits have changed the face of politics.

“I really thought that the idea of the citizen legislator was a worthy one, and that too often people in Lansing — and this is true on steroids in D.C. — have a narrow world view that results from not having to live in the world that they’re making the rules for,” Bell says. But he is not convinced term limits have solved the problem.

“That’s happened less than I thought it would,” Bell says – though he notes that there are more young people and women than there were before term limits.

He has an interesting observation about whether politics is more contentious now than it used to be.

“I’m of two minds on this, as in so many things,” Bell says. “After thirty to forty years of grappling with this, I’m less certain about what works and what doesn’t than when I started out. The Good Old Boys club that was so dominant back in those early years was a bipartisan phenomenon. And to a pretty substantial extent, I didn’t think that was terribly healthy. It seemed to me that we were supposed to be having a debate. The marketplace of ideas was supposed to be joined here and hashed out. And that, by definition, requires more than one side of a question. I don’t know how these things can be accurately measured, but it’s widely accepted today that the left is more left and the right is more right than it used to be. But short of violence, I don’t think it’s necessarily a bad thing.”

Bell adds that legislators used to fight, and fight in the legislative chambers. The physical clashes were rarely due to differences in partisan views. “The actual violence in the Legislature that cropped up periodically in those days was of a personal rather than a political nature,” he says.

He gives some historical perspective. “We didn’t have anything like the canings and brawls that they had in Congress back in the 19th Century.”

Bell shares an example of one lawmaker’s assault on another lawmaker to illustrate his point.

“They used to have these huge big heavy ashtrays that were on desks of everyone in the state house. She picked one up and clubbed him up the side of the head with it. But, again, they were both Democrats,” Bell says.

This of course shows how much things have changed over time. There’s no more smoking in the Capitol.