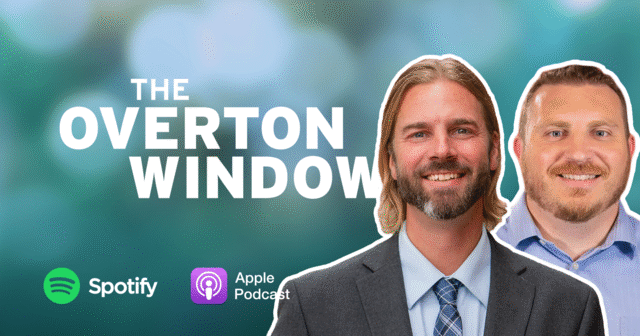 ‘Powers that no one had exercised before’

When governors shut down their states’ economies in March 2020, a number of citizens started to ask where they got the power to do that. Governors’ seemingly endless authority to issue arbitrary orders prompted legislators in some states to alter the authority they’d given governors in emergencies. Daniel Dew, legal policy director of the Pacific Legal Foundation, and Mackinac Center director of research Michael Van Beek, who did a deep dive on the history of Michigan’s emergency authorization laws, join me to discuss these efforts on this week’s Overton Window podcast.

“Legislatures weren't convened all the time, and things would pop up where government needed to act quickly to save life or property. So typically these emergency powers allowed governors to move money and people around, but they've been worded extremely broadly,” Dew said.

Typically, governors would declare an emergency after a natural disaster, get access to some federal assistance, and move resources around to help a community recover. “That's very different from the approach that was taken with COVID-19,” Van Beek says, “Governors declared emergencies and attempted to proactively limit potential damage that could be done.”

The pandemic also saw governors push the limits of emergency authority when they kept orders around for longer than they had previously done in response to natural disasters. “We’re past two years in now and many states are still under a declaration of emergency,” Dew adds.

“During 2020, 316 million people were under stay-at-home orders, meaning the government had told them — one person, the governor, had told them — that unless they had a government approved purpose, they should stay in their homes. That's just something that was unthinkable in the past,” Dew says.

Both Dew and Van Beek think that emergency authority is important but that the laws need guardrails, like time limits and approval from legislators to continue an emergency. Governors should not have unilateral authority to do whatever they want for as long as they want for any reason whatsoever, just so long as they call it an emergency. “We think that there is a real constitutional problem with that,” Dew says.

He didn’t just opine about it, his colleagues at the Pacific Legal Foundation brought lawsuits challenging the laws. “Courts responded slowly,” Dew says. “But then as the pandemic went on and these things didn't end, that's when the courts really started looking at these things more seriously.”

They worked in Kentucky where crazy things happened around emergency authority. The state legislature passed a law that put a time limit on a governor’s emergency orders, and overrode the governor’s veto to put it into law. The governor sued the legislature to stop that law from taking effect. The Pacific Legal Foundation sued the governor and the Supreme Court ruled in PLF’s favor. Yes, they had to fight the governor on whether legislators can pass laws. “Courts are recognizing that this has been a long time and that they have to step in and fulfil their constitutional duties,” Dew says.

While judges may be slow to overturn powers, governors were not hesitant about pushing the limits of emergency authorization, some of which came from archaic law.

“The law that Gov. Whitmer used to order her pandemic measures hadn't been used in fifty years. It just sat on the books doing nothing,” Van Beek said, “The statues that have such broad language can be used, and will be used, by governors to do extraordinary measures that were completely unprecedent and hadn't been done before.”

Both Dew and Van Beek think that governors should have emergency authority but that they ought to have limits. “At some point something's no longer an emergency,” Dew says. “It's a chronic problem that should be dealt with by the legislature.”

Legislators are also reexamining the powers they’ve given their governors in emergencies. Kentucky, Ohio, Utah, Idaho, Montana, North Carolina and Virginia passed laws to put guardrails around emergency authority. That’s in addition to Pennsylvania, where voters approved limits on emergency authorization. “The unfortunate reality is that COVID became so politicized that instead of looking at this as a good government issue, and a separation of powers issue, it becomes a referendum on their governor,” Dew says.

Broad emergency authority was within the Overton Window at the start of the pandemic. It was practiced, and few questioned it initially. But the window shifted when governors started tapping into powers that they hadn’t exercised before. “Now what we're getting is kind of a retraction and a clarification about what is inside the Overton Window, what types of actions are politically possible during pandemic emergencies,” Van Beek says.

Dew believes that states would have had better responses if legislators shared in the responsibility for emergency orders by having to affirm gubernatorial authority. “If it was required for them to work together from the beginning, I think we would have had a much more rational response and wouldn't see the division that we see today on this issue,” he says. Van Beek adds that there was a major shift among legislators after Whitmer decided that she didn’t need legislators to reaffirm her authority in April 2020. “That played out exactly as [Dew] suggested,” he says.

With the politicization of COVID orders, it may seem that only states with partisan splits between the governor and the legislature would be interested in reforming emergency authority. Dew says that this is not the case. Ohio, Utah and Montana put guardrails around emergency authority with Republican support. “Gov. Cox in Utah had some great quotes about responding the separation of powers and ensuring that each branch is performing its role,” Dew says.

There is still more work to be done. “I don't think that until we get all 50 states with all of these protections that we've done enough,” Dew says, “The American people got to live in a world without the separation of powers for a year, a year and a half, two years — and we don't like it.”

“These are policy decisions made by politicians, and because of that, we need to put guardrails on it,” Van Beek says.