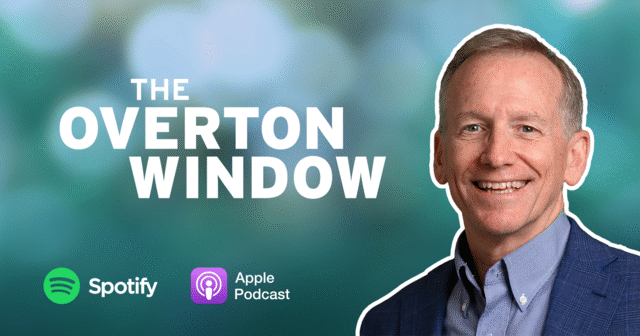 ‘At the start, it had nothing to do with policy, it was about us understanding the issue’

Like many public policy advocates, the people at the Georgia Center for Opportunity research and write about public policy. What makes them different is that they try to bridge the gap between people working at the community level and the people working on state policy. I spoke with their president and CEO Randy Hicks about this for the Overton Window podcast.

“One of the things that sets us apart is that we actually spend a lot of time in the community working on those who we believe could be or are most affected by various public policies that we’re interested in,” Hicks says.

The dynamics between working on state policy and working at the community level are different, and state politics is not very conducive to collaboration.

“Fundamentally, politics is about differentiation,” He says. Opponents have to be different, and that makes cooperation between opponents difficult. “It’s an unhealthy element of politics, frankly.”

One of the ways Hicks and his colleagues understand their work is to know about the success sequence. People who graduate high school, find a job, and wait until they’re married to have kids rarely fall into poverty. So to help keep people out of poverty, Georgia Center staffers work on education, employment and family formation.

The Center went into a community at the request of the state to work with community leaders to strengthen families and connect them with available resources. “After a year of doing that work, colleagues of mine here at GCO came to me and said, ‘Hey Randy, we’ve got to get involved in the issue of prisoner re-entry.’ And I looked at them like they were speaking a different language,” he says.

Hicks and his team made the case that nearly everyone in the community was affected by the issue. “We needed to understand it at the community level before we ever made recommendations at the policy level,” he said.

They interviewed people like the former Chief Justice of Georgia, prison wardens, and people engaged in prison ministries. “We didn’t want to assume what was needed,” Hicks said.

They established a working group on the issue composed of people working on the issue across the political spectrum, focused on reducing the chances that people who are let out of prison will commit crimes. He says that two-thirds of the people released from prison were either incarcerated again or on their way there within three years.

The conversations convinced him that employment after prison was vital to ensure that the people released from prison lead productive lives and don’t go back there. And yet prisoners faced a lot of barriers created by policy that made employment harder.

For instance, people had their driver’s licenses revoked after committing a felony. Most people drive to work, so lacking a license becomes a barrier to employment after release from prison. Former prisoners can also be excluded from working in occupations for which the state requires a license.

As a result, the Center went along with the working group to propose a series of reforms to make it easier for people released from prison to go to work. And they were able to get them passed into law.

“We brought about a whole set of changes. We changed many occupational licensing rules. The driver’s license suspension is no longer in place, except for some crimes — it’s not applied to all felonies,” Hicks says.

It wasn’t always smooth sailing. The people who currently have occupational licenses tend to oppose changes that open those licenses to more people. That’s more competition, and established players are usually effective at stopping changes to occupational licensing rules. Yet this did not prevent the Georgia Center from getting its proposals approved.

“Most of the debate went very well and was strongly in our favor because we had this diverse coalition of people whom we had gotten to know very well at the community level,” Hicks says.

“Free markets matter because people matter. Right? So we have to stay focused on people. That’s why we wanted to understand the issue of recidivism not just from a fiscal perspective, or a government perspective, but from a human perspective,” he says.

We cover some of the other work Hicks and his colleagues are doing at the Georgia Center for Opportunity, what else they’re learned about the hurdles state policy puts before lower-income households, and their success in developing partners to work on the issues that are raised. “There is so much more agreement on a lot of these issues than we realize,” he says.