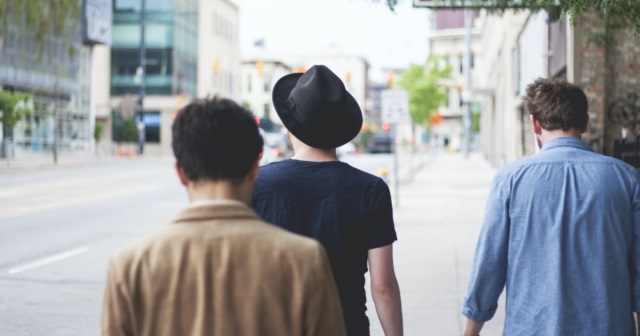 Citizens have to decide for themselves how to address the pandemic

Governors across the nation appear to be ordering people around, with their decrees backed with the full force of law. But the reality is that these orders are more like suggestions and fall short of determining how ordinary people actually respond to the pandemic.

On top of that, the police may choose not to enforce the orders. Some county sheriffs, for instance, have said that they can’t keep up with the orders and are not going to be responding to complaints about noncompliance.

Individual police officers have similar discretion about which laws to enforce and how to enforce them. If they see someone break the law, they can choose to let that person get off with a warning, and they can ignore certain infractions entirely. Some officers may feel like there are more important concerns to public safety than strict compliance with the governor’s emergency orders.

County health departments can enforce some of these rules as well, but they have even fewer people and may feel their services are better applied elsewhere during the pandemic. State bureaucrats also may get involved — and they have a more direct connection to enforcing the governor’s rules — but they are yet a smaller force.

Given this reality, the governor’s orders don’t order people around. They’re not useless, though; they can still have an effect. Some people feel a strong personal duty to follow the rules and may follow them to a “t.”

But for everyone else, a governor’s orders are just another piece of information to use in deciding how to behave. They may inform decisions about how to act and interact with others in this pandemic, but they may not.

For most people, their own personal assessment of the risks they face has the largest impact on their behavior. The assessment involves broader social factors that may matter more than obeying largely unenforced orders. People look to their neighbors and peers to establish norms about what to do. They seek advice from the people they trust. They consider how their actions will affect their reputation among the people they respect.

Business owners and managers face a different calculus as they decide whether or how to comply with the governor’s orders. The state government has more ability to pressure businesses than citizens. Businesses have licensing rules — including things like tax licenses, the loss of which can jeopardize their legal ability to operate. There are employee safety regulations, with additional penalties for violating them. The state can use various rules and regulations to punish noncompliant businesses.

Private companies also have yet another reason to be careful: Their employees and customers can hold them accountable to the governor’s orders by making complaints. State bureaucrats and county health officials may be reluctant to patrol neighborhoods, but they may be less reluctant to respond to complaints about noncompliant businesses.

But outside of the risk of being turned in by an employee or someone in the community, or hit with an official enforcement action, business managers face a different reason to comply. Their activities can be a risk to a lot of people. They may feel stronger personal responsibility to ensure that they operate safely, and happily comply with the orders that they believe are effective.

They also have more at stake in ensuring that they can operate safely. Like individual citizens, they face similar reputational risks. But they also have a direct financial interest in returning to normal and keeping people from being harmed by their operations. In short, people face a different environment when they act as business managers than when they act as citizens.

When it comes down to how citizens or businesses act, lawmakers ought to recognize that persuasion is a more effective way to keep everyone safe than the force of law.