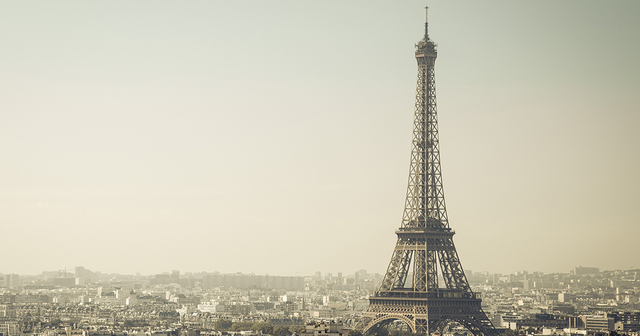 Paris Was a Bad Deal for the US

Greens agreed with Trump on Paris before he pulled out

After President Trump’s decision in June to withdraw the United States from the Paris climate agreement, various environmental groups, celebrities and politicians engaged in a string of hysterical condemnations. Former President Barack Obama characterized the decision as an “absence of American leadership,” while former Vice President Al Gore called it “reckless and indefensible.”

Billionaire activist Tom Steyer, who ironically made much of his money in international coal markets, referred to Mr. Trump’s decision as a “traitorous act of war against the American people.” An environmental special interest group, Friends of the Earth U.S., demanded that all nations “assert heavy economic and diplomatic pressure to compel the Trump administration to take serious climate action.” Environmental activist and author Bill McKibben called the move a “repudiation of two of the civilizing forces on our planet: diplomacy and science.”

Media reports from the recent G-7 meeting of environmental ministers in Italy ladled it on further, worrying that in the wake of the Paris decision, the U.S. is becoming increasingly isolated in the world climate arena. This disturbing isolation was apparently confirmed when EPA Administrator Scott Pruitt declined to sign on to a string of 18 climate-focused paragraphs in the meeting report.

Of course, it isn’t surprising that other nations are upset with the United States for pulling out of the agreement, since U.S. taxpayers were expected to foot much of the bill. Furthermore, the more we hinder our economy with restrictive environmental rules, the better able other nations are to compete with us in international markets.

The Paris agreement, which was approved by the Obama administration in December 2015, committed the United States to a 28 percent reduction of greenhouse gas emissions by 2025, based on a 2005 benchmark. The agreement further committed the U.S. to pouring billions of dollars into a UN-administered Green Climate Fund. It also required us to submit new plans for increasingly strict reductions of greenhouse gas every five years.

But while we limit our ability to compete internationally and pour billions more into the UN’s coffers, our major competitors in world markets – China, India, and Russia – really only agreed to continue growing their economies, unencumbered by any need to cut energy use, for the foreseeable future.

Attacks from environmentalists and activist climate researchers are also confusing, given that so many of them also attacked the Paris agreement as a farce when it was signed in December 2015. Today they claim the agreement is practically essential for life on earth to continue, but in December 2015, the so-called father of global warming, James Hansen, described the agreement as a fraud.

McKibben panned the agreement as being 20 years out of date – better suited to 1995 than 2015. He also argued that the agreement fell short because it was designed to do only just “enough to keep both environmentalists and the fossil fuel industry from complaining too much,” as it agreed to unenforceable, modest and voluntary pledges instead of strict and mandatory cuts in greenhouse gas emissions.

In reality their initial critiques of the agreement were correct; Paris did fall short. But not necessarily in the way these green critics thought. If followed to the letter, the agreement would have only slowed predicted worldwide warming by a nearly imperceptible 0.2 degrees Celsius in 2100, according to researchers at the Massachusetts Institute of Technology.

Paris was a bad deal for our country. It would have had little to no real environmental impact, it would have soaked up billions in limited tax dollars, and it would have given our major economic competitors a substantial competitive advantage over us.

The United States has achieved greater cuts in greenhouse gas emissions than any other developed nation in recent history. We have better environmental performance and are economically better off without this unnecessary restraint.