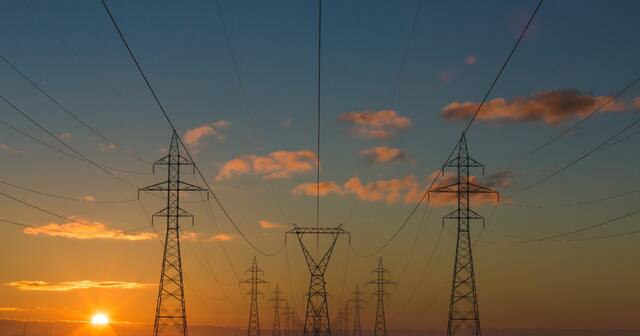 A school customer of the utility monopoly Consumers Energy received a take-it-or-leave-it offer this month in response to a dispute over a surprisingly high energy bill accrued after the state issued a pandemic-related order to close its doors. The Morey Education Center, home to Morey FlexTech High School, is supported by the Morey Foundation, a charitable nonprofit in Mt. Pleasant.

In March 2020, MEC closed its doors on state orders, like all other schools, and turned down its thermostat. The school’s energy consumption dropped nearly 64%, but its utility bills dropped by less than 10%. Why?

The reason is that Consumers, a regional monopoly, was allowed to ratchet up the rate it charged the school as a way to ensure its own revenues. Let that sink in. The public school was ordered to close by the government. Then the school’s electricity provider — granted a monopoly under state law — sent school administrators a bill as if the school had remained fully operational. The whole affair should remind people and lawmakers that utility monopolies need more competition.

At issue was a rate schedule to which the school was signed up many years ago, which let the utility raise the rate it charges to customers in the event they use less electricity. The pandemic led school administrators to scrutinize their bills more closely and request a rate review by Consumers.

That review indicated that in 2019 alone, the Morey Foundation had paid Consumers nearly $15,000 more than it should have had it been on a lower rate. Neither the Foundation nor Consumers have records for why the original, higher rate was chosen. Consumers reported that its records went back only seven years.

The good news going forward is that the school is now on a better rate. The bad news is that it still had to pony up precious resources to a government-protected monopoly at a time when it was ordered to close. Erik Spindler, executive administrator of the Morey Foundation, challenged the utility’s charges. He was able to win a $3,100 rebate, roughly 50% of what Spindler says the school was overcharged during the state-ordered closure.

“The utility acted as if we should be grateful that they gave us half of our money back,” said Spindler. “We were ordered to close and then hit with a bill as if we were still open. It was and remains a fundamentally unfair charge.”

That Spindler had to go on a months-long odyssey to win this rebate was frustrating on several levels, and he described the journey in an informal complaint to the Michigan Public Service Commission, which regulates electricity rates. In his letter to the commission, Spindler pointed out that Michigan “drivers … saw premium wavers and rebates on their insurance policies due to the ‘extreme reductions in driving activity,’ while the monopoly utility, by contrast, increased the school’s rate.” His organization is probably not the only one in Michigan to get walloped by a higher rate despite the decline in energy use.

What is particularly galling about this is that the school is providing public education, free of charge, to any Michigan family who wants it. It’s primarily funded by tax dollars. Consumers, meanwhile, although a regulated utility, is also a private business run for the benefit of its shareholders. Granted a monopoly by state law, its profits are guaranteed, and yet, it seeks to squeeze as much as it can out of this public charter school.

It's unlikely the utility would try to pull this off if it faced genuine competition from other energy providers. But as it stands, the Morey Foundation is forced to deal with this monopoly. It can’t reasonably shop around for an alternative.

That is something one lawmaker wanted to rectify.

State Rep. John Reilly introduced House Bill 5915 last June. It would allow public schools and public academies, as well nonpublic schools, universities and community colleges, the right to purchase electricity from alternative suppliers. Currently, state law limits electricity choice (leaving the local monopoly for another company) to just 10% of the overall market. There are more than 6,400 schools and businesses on a waiting list to get into a choice program, because they know they’ll get lower rates. Public schools that secure lower rates are putting taxpayers’ money to better use, namely, for educating children rather than for fattening monopoly profits.

Michigan needs more consumer choice in many areas, not just electricity. One doesn’t need a Ph.D. in economics to see that monopolies result in higher-than-necessary prices. The Morey Foundation — as a result of the pandemic — found it was paying too much each month for electricity and was able to rectify it to the degree it can be under current law. The problem that still exists is the monopoly’s refusal to make whole a school customer that closed its operation to accommodate a state order but was forced to pay as if it was open.