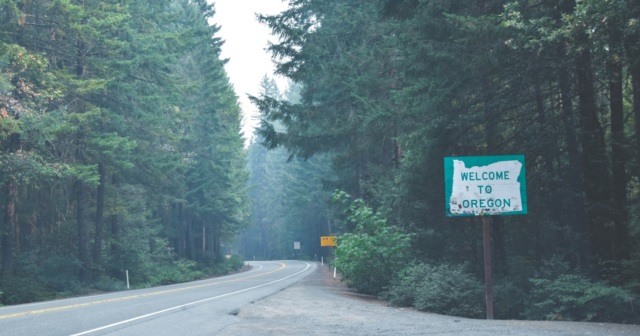 A proposed ballot initiative could result in a 150% increase in the state excise tax on cigarettes if approved by voters. Voters should pause and consider the unintended consequences of adopting this tax hike. A $2.00 per-pack increase will do more than raise revenue, it will also raise lawlessness in Oregon and likely without having a strong impact on smoking rates. There is a better solution.

We have long studied the impact that taxes have on cross-border economic activity, including cigarettes, alcohol and even the quality of gasoline. Most of that focus has surrounded the impacts from cigarette tax hikes. In 2008, we published a statistical model designed to measure the cigarette tax evasion and avoidance (what we call smuggling) rates in most states around the country.

We use the model to estimate smuggling rates but can also run “what-if” scenarios based on proposed changes to state excise tax rates. For Oregon, our model estimates that a 150% increase in the excise tax will raise Oregon’s overall smuggling rate to 36.4%, representing 58 million packs of cigarettes smuggled into the state each year. That would make Oregon’s smuggling rate the 4th highest in the country.

The reader may be tempted to dismiss our findings as just one study. There have been many similar studies published in the past 15 years. They have been performed by government, university scholars, think tank professionals and consultants. Most of them demonstrate that smuggled smokes are a major problem.

One national study suggested that a nationwide average of 21% of cigarette packs were not “compliant” with state tax mandates. Smuggling rates in specific states and cities have been found to be much higher and are likely a function of their higher excise tax burdens, population density and distance to lower-cost alternatives. The ironic thing about tax increases, ostensibly designed to help people kick the habit, is that they encourage illicit activity that undermines that very goal.

One fascinating 2005 study by economist Mark Stehr, titled “Cigarette Tax Avoidance and Evasion,” argued that up to 85% of the response to cigarette excise taxes was due to tax evasion and avoidance and not from quitting. The decline that does occur is terrific, but it also comes at a huge cost in terms of related illicit activity, which has included violence against people, police and property, brazen thefts and public corruption, too.

None of this should suggest to the reader that the authors support smoking. On the contrary, neither of us have ever smoked cigarettes, don’t intend to and don’t want you to start. There may, however, be a superior way to help people kick the habit.

Tobacco Free Kids is a Washington, D.C.-based nonprofit dedicated to reducing smoking, particularly among youth. They maintain a state-specific database of what each state spends on tobacco prevention and compare it to total state tobacco revenue. According to TFK, Oregon rakes in total tobacco revenues of $338 million. The Center for Disease Control recommends spending $39.3 million in Oregon to prevent tobacco use each year. The state, unfortunately, chooses to spend only $9.4 million in fiscal year 2020.

These figures are important to the current tax debate because TFK also argues that “…sustained, well-funded prevention programs have cut youth smoking rates by half or even more.” That suggests that, instead of a massive tax hike that would invite smuggling and other unintended consequences, Oregon could just dedicate more existing revenues to prevention and cessation programs instead and likely enjoy greater health outcomes.

Public policies are not made in a vacuum. Intended and unintended consequences flow from them. In the case of high excise taxes on cigarettes, the unintended consequences mean a massive uptick in smuggling and other, related crimes. The state can avoid this mischief and still achieve its health goals by dedicating a greater portion of existing tobacco tax revenue to cessation and prevention work.