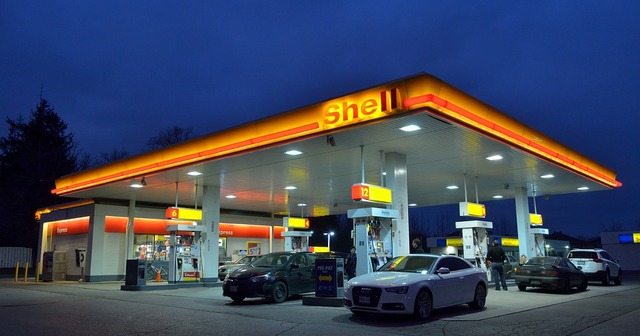 On Road Funding, Voters May Not Be As Dumb As You Think

An op-ed in Bridge Magazine by Ronald Fisher, an economics professor at Michigan State University, cites an opinion survey that shows Michiganders significantly overestimate the amount of state gasoline taxes the average driver pays per month. The piece argues that half of the respondents think the average driver pays $50 or more per month, but the real amount, counting only the state fuel tax, is just $12. Fisher continues that if voters actually knew how little they pay in state gasoline taxes, they would be more likely to support hiking taxes to generate additional road funding.

A problem with opinion surveys is that one can never be sure how respondents interpret the questions, no matter how clearly worded. The survey does specifically ask about state gasoline taxes, but drivers may not distinguish between this and the other taxes they pay at the pump, namely federal gasoline taxes and the state sales tax. Respondents may have lumped these together in their mind and been responding to the question based on that interpretation.

In addition to this, Michigan drivers must pay the state sales tax when purchasing fuel at the pump. The current average price of a gallon of gas in Michigan, according to GasBuddy, is about $3 per gallon. At that price, drivers would pay about 16 cents per gallon in sales taxes, or another $7.20 per month for the typical driver. Adding all these taxes together then, suggests that the typical Michigan driver actually pays close to $30 per month in taxes at the pump.

Obviously, there’s still a sizable gap between this and what half the survey respondents guessed the average driver paid. But it’s not nearly as drastic a miscalculation as the Bridge piece suggests. Interestingly, the second-most common answer in the opinion survey, given by 24 percent of the respondents, was “about $30.”

In addition, survey respondents may have thought to include the vehicle registration taxes drivers are required to pay. These were recently increased as part of the 2015 road funding legislation. Including these taxes would add another $10-$15 dollars to what the typical driver would pay monthly in taxes for the privilege of driving legally on Michigan roads. This more inclusive calculation of taxes drivers pay suggests that the typical driver pays closer to $40-$45 per month — significantly more than the limited view used in the Bridge op-ed and much closer to the most common response provided by voters in this recent survey.

It is also possible that respondents were thinking in terms of households when answering this question. Most families track their spending on travel and fuel as a whole, not itemizing it for individual members of the family. The U.S. Census Bureau estimates that a family household had an average of 2.32 adults over the age of 18 in it in 2016. If everyone in the household drives, then the typical household easily paid over $60 per month in total gasoline taxes, and even more if including registration fees. This corresponds to the most common answer in the survey, where 29 percent of respondents estimated that the average driver paid “more than $50” in gasoline taxes.

Fisher also argues that Michiganders are apparently chasing a “free lunch,” something every economist knows doesn’t exist. Pointing to a different survey, the piece points out that nearly 90% of Michiganders want to spend more on roads, but also that 43% said they would not be willing to pay more in taxes to support roads. The piece then reasons that “a first condition to solve the road-funding dilemma is convincing taxpayers that new resources must be raised.”

Well, not necessarily. It certainly seems inconsistent for respondents to say they want more money spent on roads but don’t want to pay more taxes to achieve that result. But another reasonable interpretation is that survey respondents are stating their preference for lawmakers to take money that’s currently being spent on other state programs and redirect it to roads. That would be a consistent viewpoint and one that squares the two seemingly contradictory preferences reported in these surveys. The Bridge op-ed does not consider this possibility and instead assumes that the only answer to more spending on roads is raising new revenue through higher taxes.

In my study titled “Road Funding in Michigan: Quality, Funding and Recommendations,” I propose several tweaks to Michigan’s Public Act 51 that would free up approximately $150 in additional road funding by eliminating things such special registration fee discounts for commercial trucks, closing the Transportation Economic Development Fund and eliminating road allocations to cities and villages for roads they are not responsible for maintaining. The Mackinac Center has proposed budget reforms that would save $800 million, money that could be redirected to the roads. Redirecting existing revenue or using surplus revenue from future economic growth for roads seems like a more simple solution to satisfying voters’ preferences than trying to convince them that they don’t really know how much taxes they pay and can afford to pay more.