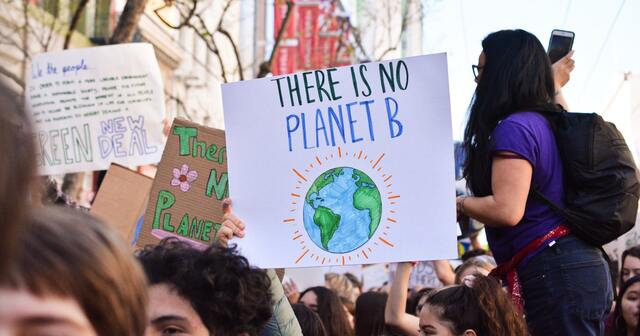 Policies proposed during the climate town hall were beyond extreme

A pervasive theme, which has wound its way through the Democratic Party debates and primary campaign, was again highlighted in the Climate Town Hall held earlier this month. The 10 candidates who spoke at the event all warned that we face an existential climate threat. But their unsettling string of expansive and expensive policies to ostensibly stop global warming give new meaning to the old phrase, “The cure is worse than the disease.”

The most common claim heard that evening was that global warming exists as an existential crisis that must be addressed within the next 11 years. In response, all 10 candidates expounded at length on the potential powers they, as president, would wield. But their plans read like they had been cribbed from the Sierra Club website and were deliberately designed to leave Americans defenseless against scorching summers in Phoenix or winter weather in Fargo. They also ignored the fact that if all greenhouse gas emissions in the U.S. dropped to zero today, the total impact on temperatures would be less than 0.2° Celsius by the year 2100.

The candidates rationalized their plans to tax or regulate out of existence our most valuable and reliable energy sources. They actively vilified and threatened to prosecute companies that dare to produce and sell us energy from them. As the only replacement, they promised to “invest” in and mandate the use of the least reliable and most expensive renewable energy sources.

They promised to tax carbon dioxide, as well as to ban fracking, offshore drilling, and oil and gas leases on federal lands. They committed to shut down our nation’s electricity generation facilities and to ban internal combustion engine vehicles by 2040. They claimed that nuclear energy — our safest and most reliable source of always-on and emissions-free electricity — also must be phased out.

Not quite finished, they lectured viewers on how they would ignore the separation of powers, rewrite the Senate filibuster rule and impose the Green New Deal on the country. As if that were not enough, Kamala Harris promised to redefine national dietary guidelines and to strike a balance on the amount of meat we can eat. Harris noted that the balance would determine “what government can and should do around creating incentives and then banning certain behaviors.” Not to be outdone, Bernie Sanders channeled Paul Ehrlich’s fears about a “Population Bomb,” by digging into the subject of abortion as a means of population control in developing nations.

Of all tyrannies, a tyranny sincerely exercised for the good of its victims may be the most oppressive. It would be better to live under robber barons than under omnipotent moral busybodies. The robber baron's cruelty may sometimes sleep, his cupidity may at some point be satiated; but those who torment us for our own good will torment us without end for they do so with the approval of their own conscience.

Seven straight hours of dire rhetoric and fear fired up the Democratic Party base. It seemed as though the only thing missing was a disheveled transient, sporting a hair shirt and sandals, carrying a sandwich board with “The End is Nigh!” scrawled across it in crayon. But if rapidly nodding heads within the studio audience were any indication, the more dire the fear and the more authoritarian the plan, the better the carefully assembled group liked it.

There were many problems with the solutions the candidates offered, but one stood out. Their claims that we must immediately transition to a so-called renewable economy are already proving to be overly expensive, and we are seeing how renewable energy cannot provide sufficient, affordable energy for our society to function. The candidates were willing to pretend that over the next 15 to 20 years we can simply abandon fossil and nuclear fuels — which the Energy Information Administration reports provided just under 90% of the total energy consumed in the U.S. in 2018. Such a belief is completely nonsensical.

With fossil and nuclear fuels, we make and transport our food. With them, we heat and cool our homes, businesses and our schools. The energy they provide give us lighting and lets us enjoy all the products that we use on a daily basis, like clothing, medicine, the internet, our phones and our computers. Without that abundant, affordable, reliable energy, our lives as we know them would cease to exist.

A reasonable concern for environmental well-being is one thing, but the policies proposed during the climate town hall went well beyond extreme. Extreme ideas are bad enough, but the proposed policies would do little-to-nothing to actually address the crisis the candidates fear. Their policies should be rejected.

When Lansing Picks Business Winners, Taxpayers and the Public Lose