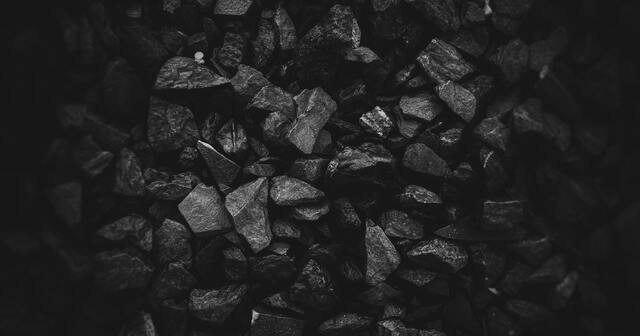 New Regulations May Not be Enough to Save Coal Industry

Editor's note: This article originally appeared in The Hill on January 11, 2019.

On Dec. 6, the EPA proposed revising a 2015 Obama administration regulation that effectively outlawed construction of coal-fired power plants in the United States. In its new form, the rule would help extract the federal government from its role of selecting winners and losers in electricity generation. But it will not, as some groups fear, guarantee that new coal plants will be built.

The Obama-era regulation, called the New Source Performance Standards, is an attempt to limit greenhouse gas emissions from new, modified, or reconstructed fossil-fuel plants. It does so through defining a technical and legal term, “best capture of emissions reductions,” and then calling out a specific technology — “carbon dioxide capture and storage” — as the way to meet the standard. The existing standard sets a limit of 1,400 pounds of CO2 per megawatt hour of electricity produced. It literally requires any new coal plant to pull CO2 out of its exhaust and sequester it underground.

The revision from the Trump administration recognizes the limitations and costs of using carbon-dioxide capture technologies, and instead focuses on pairing best industry practices with technologies that are widely tested and commercially available. But even these high-efficiency, low-emissions technologies, such as advanced ultra-supercritical boilers, emit around 1,500 to 1,600 pounds of CO2 per megawatt, more than allowed by the Obama standard.

Obama administration officials were well aware that limiting coal plants to the 1,400-pound standard would make it impossible to build a plant without CO2-capturing technologies. Coal industry heavyweights such as Bob Murray, CEO of Murray Energy, have criticized such approaches, saying those technologies are “neither practical nor economic.” So the new Trump administration rule increases the emissions limit to 1,900 pounds of CO2 per megawatt — meaning that commercially-available and -tested technologies widely used around the world could once again be used in the United States.

But before the handwringing begins about a rising use of coal, another aspect of the proposed rule must be recognized. It does allow utilities to use coal, but unlike the market-bending games of the Obama-era rule, it does not tell them they must use a certain fuel. It only removes restrictions on energy markets, allowing them to operate in the manner that markets are supposed to.

That fact is key, because the coal industry of 2019 is a far different beast than it was in the closing days of the Bush administration. In 2006, government and industry forecasts predicted the construction of dozens of coal-fired plants and increased domestic production of coal. Today’s predictions, by contrast, are for a substantially reduced industry to slowly decline as existing power plants continue to close.

The Trump administration’s moves to reduce regulation have fueled speculation that the coal industry could experience a rebound. But speculators must admit to two additional limits on coal. First, decades of anti-coal agitprop, backed by billions of anti-fossil fuel dollars, have hardened public perceptions of coal into two words: “dirty” and “outdated.” As the saying goes, “Perception is reality.” So even though coal is one of the most abundant and reliable energy sources available, and — as noted above — technologies exist to use it in a clean and efficient manner, that means little in the highly politicized world of energy and environmental policy.

Second, and perhaps even more importantly, the fracking revolution has upended markets for generating electricity with fossil fuels. Natural gas produces about half of the CO2 emissions of coal, it competes directly with it on cost, and it better compensates for the inherent instability of electricity production from renewable technologies.

Finally, even if the proposed regulation is approved, and increasingly green utility execs somehow agreed to work toward building a coal-fired plant, a fast-tracked permitting process could take eight to 10 years to complete. Add in the inevitable litigation brought by hordes of environmental industry lawyers, and any permitting process would easily pass a decade. That date would put the start of construction well past the reach of even a potential second Trump term. With rumblings of a “New Green Deal” floating through Congress, utilities can ill-afford to spend a decade or more struggling to obtain permits for generation facilities that very easily could face oblivion from the next administration’s phone and pen.

The hard reality facing today’s coal industry is that it is going to take wider use of new technologies, new markets, and a far better response to anti-coal messaging to begin rebuilding the American coal fleet. One new regulation just isn’t going to be enough.