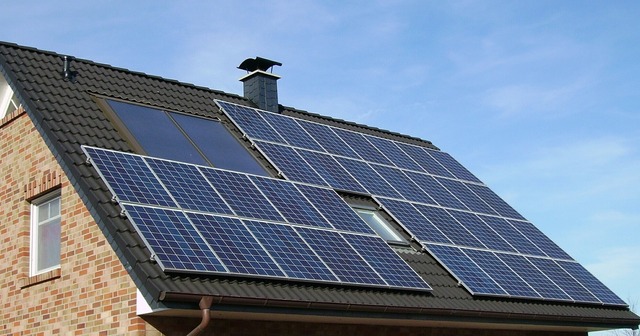 An April 18, 2018 ruling by the Michigan Public Service Commission – the state government body that oversees Michigan’s electricity and telecommunications services – is adding to tensions in the debate over rates for net metering. Deciding how much money people with solar panels on their home or business will receive for the electricity they generate and sell to a utility — a practice known as “net metering” — touches on several lightning rod issues. Among those issues are electricity rates, competition in electricity markets, subsidies for renewable energy and the notion that renewable energy could make a difference in climate change in some substantive way. Add to all that the reality that, whatever it rules, the MPSC has the authority to substantially affect the trajectory of residential solar industry in Michigan – growth, flatline or contraction.

This MPSC decision hasn’t come about in a vacuum. Section 6a(14) of the state’s new electricity law – Public Act 341 – required them to do this. The act mandated that, by April 2018, the MPSC had to set a new compensation rate for customers taking part in the distributed generation program. It says the rate must be “just and reasonable to the electric consumer of the electric utility and in the public interest,” and cannot “discriminate against qualifying cogeneration and small power production facilities.”

When people install solar panels on the roof of their home or business, they are able to sell electricity that they do not use back to the utility, effectively spinning their electric meter backward and reducing their monthly electricity bill. So far, the utility has paid those customers the same rate it charges every other retail customer. But that practice will change under the MPSC ruling.

And so it should; a utility pays too much when it is forced to pay retail prices for the excess electricity generated by people with solar panels. In the normal course of business, utilities incur infrastructure and overhead costs, which they pass on to their customers as part of the normal monthly utility bill. But when solar panel owners are paid retail rates for the electricity their panels produce, they don’t contribute to meeting those infrastructure costs. In fact, they add to them, and the majority of utility customers who don’t have solar panels must make up the difference.

Having other utility customers cover that cost has been the norm up to now. But rather than making utilities pay new solar customers the retail rate for their surplus electricity, the MPSC ruling abandons the traditional net metering payment in favor of an “inflow/outflow” billing method. That is, inflows – electricity purchased by the customer from the utility – are charged the normal retail electricity rate, and outflows – electricity that flows from the customer’s solar panels to the utility grid – are priced at the utility’s “avoided cost” rate. That rate is defined as “how much a utility would have to pay to produce the energy itself, and is the sum of capacity and energy costs.” This rate is far less than the retail rate.

Advocates of net metering argue that distributed generation, whereby some individuals generate their own electricity with solar panels, wind, etc., benefits everyone by diversifying and strengthening the electrical grid. They worry that this ruling will effectively raise the costs of installing solar by reducing net metering payments, and that could discourage new solar installations. That may be true, but a far more effective means of diversifying Michigan’s electric grid would be to remove the arbitrary 10 percent cap on the state’s electricity choice market and encourage open competition in electricity generation.

Additionally, it is true that targeted subsidies and paying above-market rates for electricity from solar panels will help a tiny segment of utility customers. As an aside, those customers being helped tend to be the ones who can already afford to buy a residential solar setup, or who are able to qualify for a solar lease. But, we should all recognize that help is a short-term, targeted gain for some that will cost the entire system more than it benefits.

Michigan’s government needs to take a consistent stance that it will not support subsidies or special favors for any energy producers. If people want to use distributed generation options such as residential solar for economic or environmental reasons, they are welcome to do so. They just don’t need government payments or prodding to help them along.

Michigan has already erred by forcing residents to endure the higher costs and less reliable service that comes from having government-protected monopoly utilities as the only real option to provide our electricity. Doubling down on expensive, subsidized, and government-mandated options that charge above-market net metering rates only reinforces that mistake. Benefiting a tiny minority of electricity customers by shifting the already high costs of electricity onto the rest of the population is not good policy.

In this case, the MPSC’s ruling to pay the avoided cost rate to distributed generation owners is the right decision.