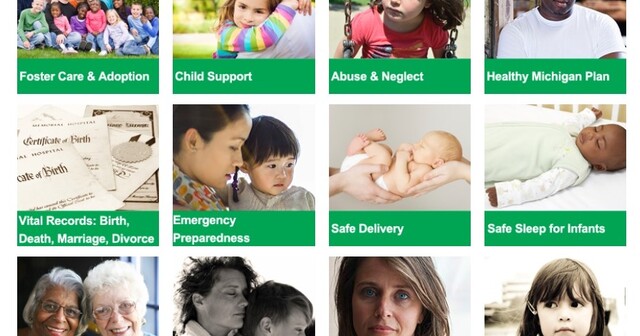 Michigan administers a variety of programs paid for by state and federal funds.
Blog

For decades, government spending on programs aiming to help the poor has exploded. Yet the poverty rate has been fairly consistent. As economist Thomas Sowell has noted, poverty was in a deep decline up until the federal War on Poverty began in the 1960s. After that, it stagnated.

It’s a tricky balance, determining how much government can help without discouraging people from working or investing in ways to improve their own lives. That’s why it’s important for Michigan to analyze the federal programs the state administers.

It has happened before. A good example came in 2011, when the Michigan Legislature assessed and then pulled back on the level of unemployment benefits it offered. Over the next five years, the number of people collecting unemployment declined by 80 percent to a 30-year low, while jobs and incomes increased.

In the mid-1990s, the Republican-led Congress gave states block grants and more flexibility in the way they spend federal money on welfare. But it also called for work requirements on individuals receiving benefits. Welfare reform ultimately saved billions and brought many people onto the work rolls. President Barack Obama, a Democrat, touted the reform and even said it was a major issue he had changed his mind on.

It’s time for Michigan to take another look at this and other federal programs administered by the state. By 2013, welfare benefits had increased in value significantly since the 1990s reform and were worth nearly 80 percent of the state’s median salary. The state’s women, infant and children program, or WIC, pays out to people up to 185 percent of the poverty line – or at least it’s supposed to.

A few years ago, under the Obama administration, the federal Government Accountability Office released a performance audit of WIC programs in eight states, with Michigan being one. It found that some people who were ineligible for benefits were still receiving them, redirecting funds from people who needed them most. As a result of the audit, the U.S. Department of Agriculture released a memo of best practices for determining eligibility. It also encouraged states to define “current income” and required them to justify the definition they use. Michigan’s guidelines don’t appear to have fully adopted this recommendation. The state requires documentation for some people needing assistance, but it also allows for “self declaration of income” for some citizens.

As the federal government keeps expanding its welfare programs, state lawmakers and agencies should use their own power to reign them in and ensure they are being used efficiently and properly. That’s the best way to make sure the right people receive funds and those that truly need temporary help get back on their feet quickly.