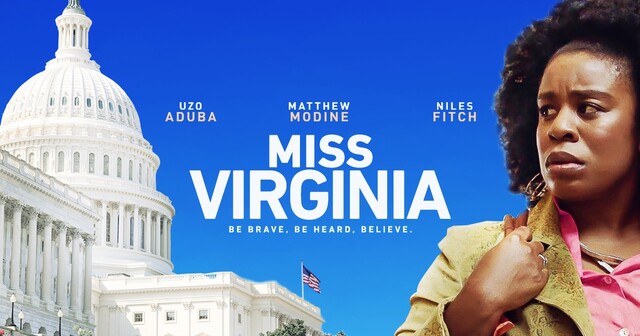 A new movie shows how one fed-up parent can spark a movement that creates hope and opportunity for an entire community. It offers real encouragement to many Michigan moms and dads who are desperate to change their children’s educational trajectory.

Released to select theaters and on various streaming services this month, “Miss Virginia” is based on the true story of Virginia Walden Ford. Featuring winsome and relatable characters, the movie depicts a single mother from Washington, D.C., who fought to get better schooling options for her son and many other low-income children. “Miss Virginia” captures the essence of Walden Ford’s work to forge and sustain a grassroots movement while learning firsthand about the dangerous political traps in her way, even as she struggled to keep her son off the streets and out of trouble. The feature movie format condenses her years-long crusade into a compelling, digestible tale.

Refusing to take ‘no’ for an answer, Walden Ford and her army of parents eventually won the battle when Congress adopted the D.C. Opportunity Scholarship Program in 2004. Since then, nearly 9,000 low-income, mostly minority children in the nation’s capital have received publicly funded scholarships to attend private schools of their parents’ choice. The program leads students to safer learning environments, and it greatly increases their chances of graduating from high school.

Uzo Aduba’s title role performance touches the hopeful spirit of viewers as Walden Ford overcomes her anxiety and fear of inadequacy to speak boldly to powerful political figures. The scenes where she eloquently proclaims how the education system falls woefully short of meeting children’s needs – delivered at a town hall meeting, before the city council, and at a congressional committee – pack an inspirational punch.

Yet for all that, “Miss Virginia” is neither overly preachy or sentimental. It strikes the right chords with parents who have seen their children languish and want to provide them a better path to a successful life.

Its protagonist’s message to “put families above politics” is needed today in Michigan. In a shocking blow, our governor singled out predominantly disadvantaged charter school students, to deny them the funding increase given to all other public schools. That’s precisely the wrong course to take, especially for students in Detroit. The nation’s school district with the poorest academic record leaves many families in dire need of support to choose more options, not to have their choices disrespected to win a budget dispute.

There is reason for parents to take confidence in the cause. School choice is generally popular, favored by two-thirds of American voters. Majorities in Michigan support programs like tax-credit scholarships and education savings accounts, which other states have adopted to level the playing field for families who need different schooling options.

Yes, a formidable state constitutional barrier keeps many Michigan families from accessing private education opportunities, though that might change with the Espinoza case pending before the U.S. Supreme Court. Even if the court removes that barrier to private school choice, the loud and insistent voices of parents still would need to persuade state lawmakers to create the opportunity for their children.

Should that opening soon come, those parents can succeed. That’s the inspiration we can take from Miss Virginia.