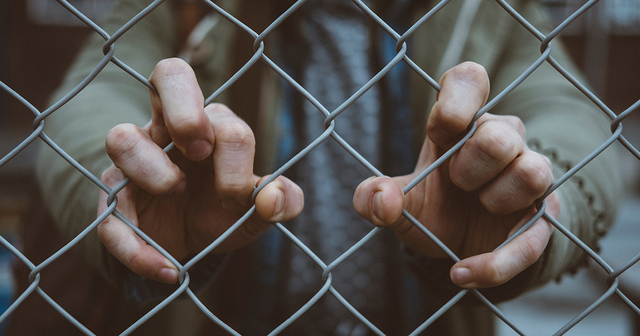 A person who has a criminal record or has served time in prison has a very hard time getting a job in Michigan. Private employers may often reject such an individual, and the state may withhold the occupational license required for a job. This frequently results in people returning to criminal activity and eventually heading back to prison.

It makes sense to prevent some people with criminal backgrounds from working in certain jobs. Companies can and should conduct background checks and weigh the risks of hiring an ex-offender themselves. And sometimes, no matter the risk a private company is willing to accept, it makes sense to use the law to keep ex-offenders out of some jobs. For example, a person who has committed a crime against a child should not be allowed to work in a position that involves regular interaction with children.

But in many cases, particularly when it comes to occupational licensing, the state is unjustly denying people the opportunity to work. When this happens, it’s a form of cruel punishment: Ex-offenders have paid their debt to society but then are barred from participating in society in a legal and productive way. They never get the chance to be fully rehabilitated. The consequences are bad for those citizens, the state and the society as a whole.

Stateline, a news publication of the Pew Charitable Trusts, covered this issue in a recent article — “To Help Ex-Offenders Get Jobs, Some States Reconsider Licenses” — with a focus on states making efforts to change their rules.

In Kentucky, legislators included changes to licensing in a bill that would also create work-release programs at jails, reduce some probation and parole terms, and take other steps to help prisoners re-enter society. In Nebraska, a Libertarian senator has proposed rolling back licensing restrictions for all state residents — including those with criminal records — in a bid to improve conditions for businesses in the state.

“There’s now a marriage of interests,” said Lee McGrath, legislative counsel for the libertarian Institute for Justice, a nonprofit law firm. “It’s something that both sides can get their head around — it’s the great Rooseveltian idea that the best social program is a job.”

Research shows that ex-offenders who are steadily employed are less likely to get into trouble with the law again. And at a time when employers are complaining about worker shortages, [ex-offenders] can be an untapped resource. …

“We have spoken with people who wanted a certain type of job without a license, and have been paid under the table,” said Kim Buddin-Crawford of the American Civil Liberties Union of Michigan, which is also pushing for changes to licensing.

Michigan’s licensing laws require a person be of “good moral character,” which means criminal offenses can be used to deny someone the opportunity to work. Other statutes related to health occupations, school employees, insurance agents, law enforcement work and more automatically prevent people from working if they’ve committed certain types of crimes. Our recent study on Michigan’s licensing regulations discusses how this affects ex-offenders:

Though the state and licensing boards are not supposed to consider a criminal record that is unrelated to an individual’s ability to serve the public fairly, in practice regulators can deny anyone from obtaining a license if they fail to meet the subjective moral character standard. This applies even for civil crimes or misdemeanors, which may appear on someone’s record for missing a child care payment or causing minor property damage.

Nearly all states prevent people with a criminal record from getting some occupational licenses. Many states prevent people from ever getting a license again if they have a criminal record, even if it is unrelated to the area of work they seek a license for. … [In state rankings] Michigan [receives] a “minimal” grade because it has a “blanket ban” on some people from ever gaining a state license, has a vague standard concerning statutes of limitation and does not make it easy for a person to demonstrate that they have been sufficiently rehabilitated.

These blanket bans on licensing for anyone with a criminal record [are] important because of the close connection between employment and recidivism rates. A first-of-its-kind study by Dr. Stephen Slivinski of the Center for the Study of Economic Liberty at Arizona State University compared state occupational licensing barriers and the effects on ex-offenders. He writes:

This study estimates that between 1997 and 2007 the states with the heaviest occupational licensing burdens saw an average increase in the three-year, new-crime recidivism rate of over 9 percent. Conversely, the states that had the lowest burdens and no such character provisions saw an average decline in that recidivism rate of nearly 2.5 percent.

An ex-offender is much less likely to reoffend if he is gainfully employed. By refusing to consider giving licenses to people with a criminal record, Michigan increases its recidivism rate. Unless a person has been found guilty of a crime directly related to the area they want to work in, the state should not stand in their way of obtaining a license to work legally.

Legislators should change the laws. A job is the best guarantee against someone returning to criminal activity. The state’s strict but subjective licensing standards prevent too many ex-offenders from ever getting a real chance to matriculate back into society, even after they have supposedly paid their debt.