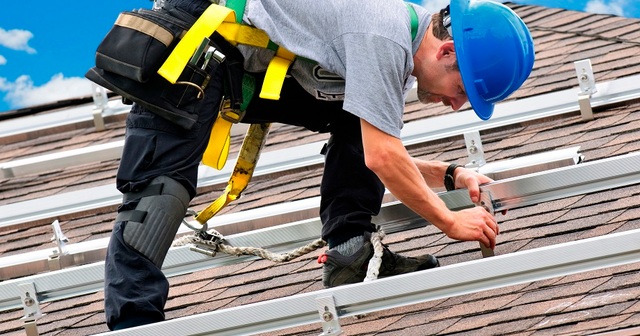 Government should do fair bidding for projects

Editor’s note: This article first appeared in The Detroit News on Nov. 9, 2017.

I recently installed a new roof on my house. Before doing so, I did what any responsible homeowner does — I got bids from different companies and made a decision by balancing quality and costs and using market competition to my advantage.

Now, luckily for me, I learned how to roof from my father, so the best option for me turned out to be doing it myself. Labor costs were minimal, except for some pizza and beer for the friends who helped.

These calculations are what most people make when considering construction projects on their own homes and businesses. But imagine if I had determined from the start that no matter who did the project, I was going to spend a minimum of $12,000 for a new roof because that’s the average price in some areas.

You’d probably find that to be a bit silly and a real waste of my money. Why would I pay more than I need to for a service just because it’s the going rate that other people pay? But that is exactly what Michigan’s prevailing wage law does. The decades-old law mandates that all government entities pay union prices for construction projects. Michigan’s law is the most stringent in the nation, setting arbitrary — and often absurd — prices for schools, roads, parks, libraries, and other public construction projects. This drives up costs by hundreds of millions of dollars every year, paid for by taxpayers.

In short, these laws mandate specific wages for those working on government projects. It wipes out local control and competitive bidding. Even if local school boards or city councils can find a higher quality at a lower price or more bang for the buck, they aren’t allowed to pay less. 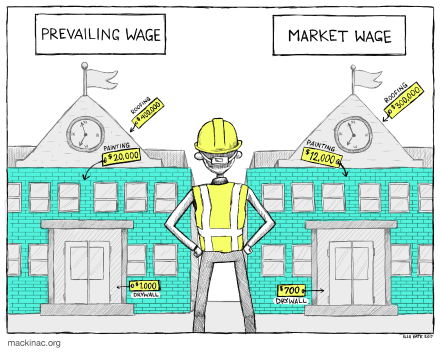 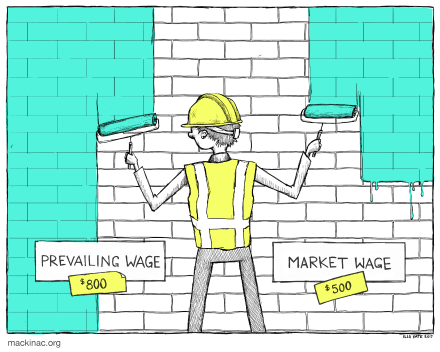 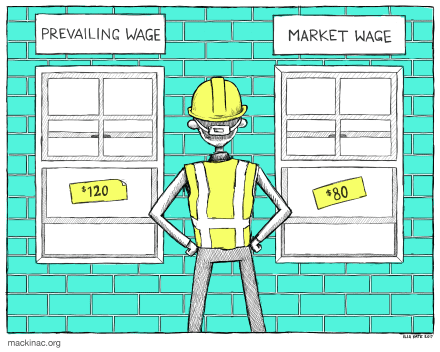 Steve Zurcher is a glazier in the Upper Peninsula who installs windows for commercial firms as well as public schools and universities. When he works on a government project, his bid must include the union-mandated wage of more than $43 per hour. That’s more than twice the cost a glazier typically charges in rural, low-cost Dickinson County. In other words, labor costs for a project can be 100 percent higher if it’s paid for by taxpayers.

The prevailing wage law often benefits larger construction companies at the expense of the little guy because they are better positioned to swallow the mandated higher cost. This can put Michigan’s small businesses at a disadvantage when competing with out-of-state firms near our borders with Wisconsin, Indiana and Ohio.

“Wisconsin glazing contractors see prevailing wage as an essential benefit and affords them the means to be able to bid on projects in the U.P.,” said Zurcher, who competes with Badger State firms. “It forces me to elevate my labor costs to their level, which removes a major and key competitive edge we would normally have. Any supposed benefit the community and my employees might gain from the increased hourly pay is just as easily lost to competition from businesses outside our community.”

Gov. Rick Snyder is opposed to changing the law and has reportedly pledged to veto any bill that undoes prevailing wage. But there is a solution — a citizens’ initiative. Taxpayers around the state are sick of paying higher costs for the same service and are signing a petition that would allow legislators to vote to eliminate the law without the governor’s signature.

If the initiative is signed into law, Michigan would finally eliminate an outdated and arbitrary relic. This would mean more money for transportation, schools and other core government services.