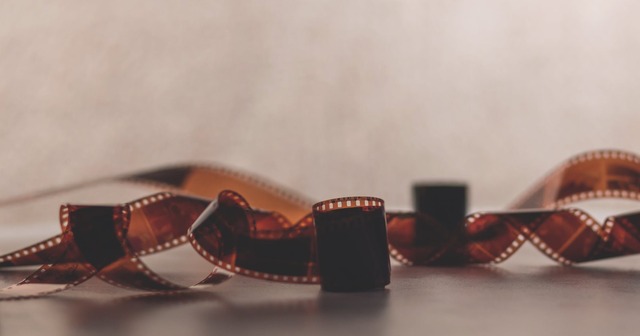 Leave this bad idea on the cutting room floor

Michigan lawmakers went from supporting film incentives by a combined vote of 145-1 to ending them in a bipartisan vote just seven years later. The reason why is pretty simple: Michigan approved $500 million in subsidies and had little to show for it.

The incentives lasted from 2008 to 2015. As you can see in the chart below, Michigan saw a small increase in film jobs when the subsidies were flowing, but the jobs left after the subsidies ended. This puts the cost per job created well into six figures — a miserable return on the dollar for taxpayers. While lawmakers should be skeptical that they can pick winning industries in the first place, it’s a particularly poor choice to target film jobs, because they tend to be transient and temporary and expensive to create. 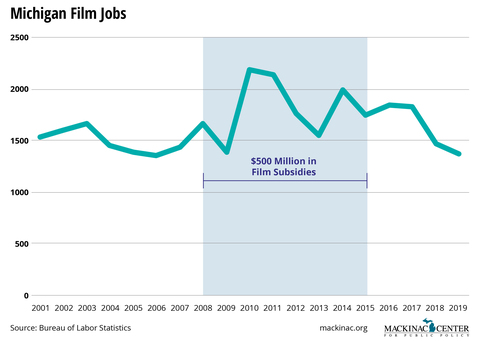 Despite this experience, some are calling on lawmakers to bring back film subsidies. The argument is that the state needs to invest now — even if it may initially lose some money — because this will eventually lead to a large and sustainable film industry in Michigan.

That’s very unlikely. California has seen its film jobs leave because of the high cost of living there and because other states began subsidizing productions. Georgia and Louisiana started expensive film incentive programs to lure projects and have perennial budget fights arguing for them to continue so companies don’t turn around and leave. New York is constantly trying to one-up California by offering more lucrative incentives to film companies. When states only win projects by handing out more money than the next state, film subsidies become a race to the bottom.

Select incentives from taxpayers, whether for individual companies or entire industries, are not a good idea. Film jobs are short term and transient by nature, making the bang for their buck even worse from the taxpayers’ perspective. Michigan lawmakers should leave the film incentive program on the cutting room floor.