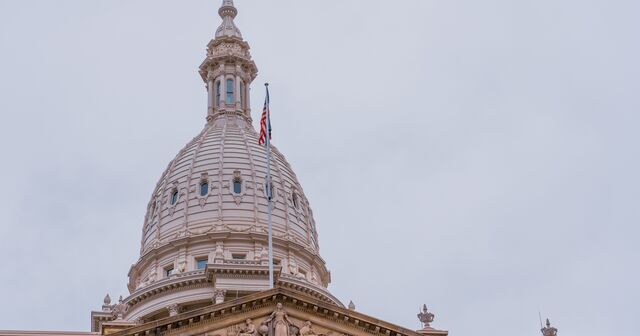 Lawmakers can afford to lower taxes

As Michigan lawmakers wrap up the upcoming fiscal year’s budget, it’s worth looking at fiscal trends. The worst that was expected didn’t happen, and lawmakers have resources to accomplish a lot of their priorities with the extra cash they have at hand. Also, they can lower tax burdens if they want.

In the last fiscal year before the pandemic, lawmakers spent $34.4 billion in money from state taxes and fees, not including federal transfers. Administrators expected major declines in state revenue when the COVID-19 pandemic hit. The governor intentionally shut down major parts of the economy with her stay-at-home order, as was the case in many other states, and they thought this would take a toll on state finances.

Sure enough, administrators expected 12% losses to the state’s General and School Aid funds for the first year of the pandemic and expected that revenue wouldn’t recover to pre-pandemic levels for five years. Ouch.

Yet the state’s fiscal situation played out better than expected. Lawmakers trimmed state spending from $34.4 billion to $33.0 billion, a 3.8% decrease, but these minor losses got covered by extraordinary federal relief efforts. The state collected $33.7 billion in federal money, an increase from $23.6 billion the year before, a 43.0% gain driven largely by COVID relief.

When lawmakers finalized the current year’s budget, they found that state revenues had already fully recovered. There is $35.6 billion in state revenue in this budget, a 3.7% increase above pre-pandemic levels. Revenue recovered in just one year, rather than the four years administrators expected when COVID first hit.

Revenue is only expected to grow from here on out, though who knows what the future holds.

Lawmakers are also sitting on healthy fund balances, which can be used on their priorities. Getting agreements on priorities has been tough, and without a consensus, cash keeps piling up in state accounts. That’s not a bad thing; lawmakers should make it a priority not to spend every dollar that comes in. It saves money for emergencies, or for when they finally can reach agreements about their priorities.

There is extra federal money from the 2021 stimulus bills as well, though there are strings tied to it.

Michigan lawmakers are awash in cash. They’ve already boosted the school budget and have plenty of other cash lying around. They could get road funding to the point where roads are put back together faster than they fall apart. They could also lower the income tax rate to 3.9% and still have money left over.

Since the pandemic began, lawmakers in 11 states have lowered their tax rates. This includes Ohio, where lawmakers now ask residents to pay less in income taxes than Michigan lawmakers do.

It’s worth lowering the state’s tax burden because Michigan’s economy still has not fully recovered from the pandemic. Businesses are down 1 out of every 15 jobs from before this started, while the state budget is doing fine. The losses administrators feared never came to pass, revenue has instead grown, disagreements about priorities have left cash unallocated, and federal money has covered any problems the state had, and then some. Lawmakers can afford to cut taxes.