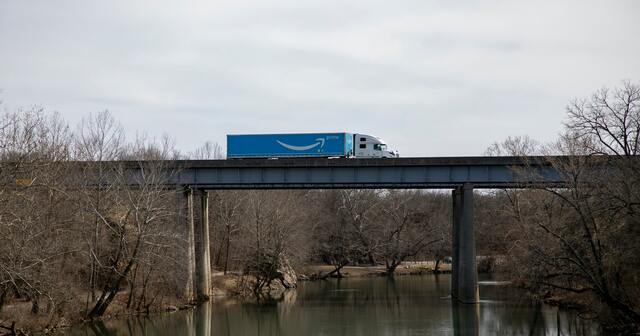 Editor's Note: This article first appeared in The Detroit News on June 23, 2021.

If other states are going to give handouts to big companies, some lawmakers feel like they have to as well — to do otherwise, they say, would be to unilaterally disarm in the war for jobs. While our mothers might mention something about bridges and not following the bad behaviors of your peers, there is also another option.

States don’t have to drop their corporate handout programs on their own. They can agree with their neighbors to do it together. And a bipartisan group of Michigan legislators recently introduced a regional interstate compact to do just that: Under it, states would agree to eliminate their business subsidy programs.

Here’s how it would work. The compact creates an important distinction about what corporate welfare is: company-specific deals of cash, transfers and tax breaks. Basically, the stuff that states offered Amazon when it asked for taxpayer support for its second headquarters. The compact defines what business subsidies are not: job training and other workforce development programs, or general tax policy. And when the state signs onto the compact, it agrees to stop offering subsidies to companies located in or considering opening up in the state. Businesses will still collect what the state agreed to offer before that point, but it will award no new deals.

The important thing is for policymakers to take ideas like these from the drawing board and put them into action. This is happening. Michigan is now the 15th state to consider an anti-subsidy compact, and others include our regional competitor Illinois.

Both Republicans and Democrats have sponsored the bills, and for good reason: Lawmakers from both parties recognize that this is not the way they want states to compete for economic growth.

They’d rather states focus instead on creating a welcoming business climate, a sensible and sound regulatory environment and excellent quality of life standards. They want their state to be a place where people want to live, and a place where businesses want to set up shop.

Creating broad competitive policies are what is actually effective at fostering economic growth, too, not selective subsidies. Selective subsidies are more about the illusion of growth: Politicians can land projects, but only at the expense of their tax dollars, and there are better ways to have an economic impact than handing out business subsidies. Many of the companies that get special deals would have done the same thing without one.

Giving out taxpayer dollars, however, means that politicians get to participate in ground-breaking ceremonies and show that they’re doing something about the economy. They get credit for jobs, and that’s an important reason why lawmakers like offering them.

And they will still get to do that if they sign onto Michigan’s compact. It offers a bridge, though, to the better kind of competition, one based on business climate and quality of life. When more states sign up, their options for subsidies fall. But as more states sign onto a compact, that also demonstrates that business subsidies have become unpopular and politicians should want to stop offering them.

That lawmakers around the country are talking about and introducing a compact to eliminate corporate welfare is a positive trend. It shows that people are increasingly skeptical that politicians should offer special favors to select companies. A change in the climate of popular opinion can drive lawmakers to the negotiating table and agree that they ought to compete over better things than who can offer the most subsidies.