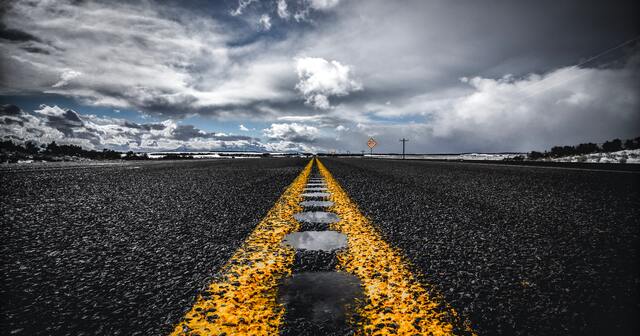 When I was running for state representative for Birmingham, I knocked on a lot of doors. Some clear top issues emerged: roads, roads and roads. Everyone I talked to agreed that Michigan, the state that built the first concrete paved road in the nation, should be able to maintain its roads to an acceptable standard. Unfortunately, to date, this has not been the case.

Gov.-elect Gretchen Whitmer made her campaign about roads. Her commercials talked incessantly about fixing “the damn roads.” Unfortunately, she did little to explain how she would pay for it. The Legislature and the governor-elect need to work together figuring out this vexing issue without blowing a hole in the budget that would rival a Fraser sinkhole.

Fortunately, this is not an intractable problem, merely a difficult one. As the once and hopefully future premier pioneer in the ground transportation industry, Michigan should be leading the way in finding creative solutions for transportation funding. Unfortunately, our government has not been up to the task so far. While the Legislature passed an increase in the gas tax a few years ago, placing Michigan in the top five states for fuel taxes, the additional revenue may still not even be enough.

On top of that, the current scheme of funding roads through taxing fuel and car ownership is unsustainable in a world of increasingly fuel-efficient cars and as more people pay for transportation services rather than cars and gallons of gasoline. Michigan needs to be prepared, and to do so, it should look at a different funding mechanism for road maintenance.

Lawmakers should consider piloting a program that charges users a fee based on their actual use of the roads. It is possible today to easily log the exact amount of driving that a person does and estimate the amount of damage that driver’s vehicle does to the roads. These Road Usage Charges, or RUCs, would charge drivers a customized fee based on how much and where they drive, and this revenue would be used to maintain the exact roads that each driver used.

By charging a vehicle based on its distance traveled, RUCs have the flexibility to reflect actual wear and tear costs of using roads. Adequately sophisticated systems could be flexible enough to charge drivers differently based on vehicle weight, time of day, or other factors, avoiding the draconian step of completely banning heavier vehicles, something that is occasionally proposed. Actual economic costs will be reflected in the usage fees, making them fundamentally different from a gas tax, which only indirectly charges the user of this vital infrastructure and sometimes doesn’t work at all. For instance, when an electric semi-trailer truck uses a road, it pays no fuel taxes, but causes the same wear as a diesel truck.

Oregon has had a RUC system in place for years, and close to a dozen states or jurisdictions have enacted a pilot version. Indeed, a majority of Americans support such a change and even President Donald Trump has endorsed the idea. Yet Michigan, a place that was built on concrete roads, should get to the front of the line on this issue rather than let other states lead.

This is not to say that Michigan is not making strides toward being a main player in the mobility future. There is great movement in autonomous vehicle testing with both M-City and Willow Run's American Center for Mobility, and the Detroit Mobility Lab and Michigan Mobility Institute. Major metro Detroit companies are making serious strides in the right direction, including Ford, GM, FCA and Aptiv. But if Michiganders are to retain their position as a key player in transportation in the future, they must continue to drive forward to new ideas, such as a program of road usage charges.