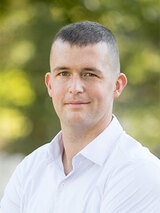 Joe Zane is a Naval Academy graduate who holds two master’s degrees in American Studies and International Relations. During his eight years as an active duty Marine Corps Officer, he took charge of setting up dozens of high-tech communication stations in remote areas. A Michigan native, he came back to the area that trained him and ran for state representative. He now puts his effort into building a prosperous economic future for southeast Michigan and volunteers with many nonprofits such as Detroit Economic Club’s Young Leaders program, Rotary Club of Birmingham-Bloomfield, Optimists Club and the Marine Corps League. Joe is available for comment at joseph.michaelzane@gmail.com.