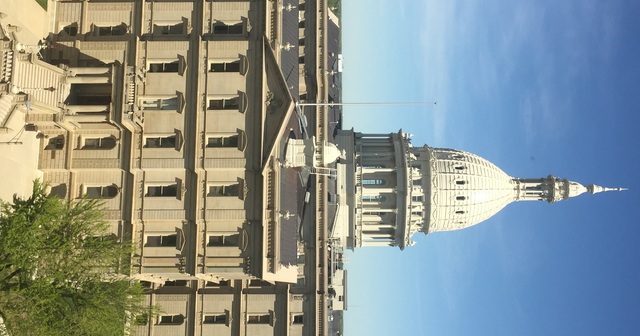 Michigan Legislature’s 10 Most Revealing Votes of 2017

Which side were your lawmakers on?

Supporters of free markets had little to cheer for based on what Michigan’s 99th Legislature did in 2017. There were certainly positives – such as public school pension reform – but lawmakers also indulged in a corporate-welfare potlatch party. Here’s a round-up.

Twelve Republican members of the Michigan House set the tone by defeating a modest income tax cut that would have reduced the current rate of 4.25 percent to 4.05 percent. The damage was compounded when Republican Gov. Rick Snyder chose to publically thank these 12 members for their votes to prevent a tax cut. With this action, the prospect of achieving any significant pro-growth reforms in this 99th Michigan Legislature largely evaporated, to be replaced by an explosion of cronyism and corporate welfare.

With income tax cuts off the table, lawmakers reverted to giving handouts to a privileged few. Detroit developer Dan Gilbert lobbied hard for his share and scored big. As introduced, the bill would have let Gilbert and possibly a few other developers simply pocket the income tax they withhold from their own employees (plus some other revenues). This was bit too transparent, so the final bill shuffles the money through Lansing first before handing it back to the developers. A few weeks after the vote, Forbes Magazine declared Gilbert the richest man in Michigan.

Michigan lawmakers joined colleagues in other states in bending over backward to offer handouts to a Taiwan-based company that makes iPhones. Taking a page from SB 111, this one would let Foxconn essentially pocket up to $200 million worth of income taxes paid by its employees. The bill was also worded in a way that potentially would allow more firms to get in on the scheme.

When he ran for governor in 2010, Rick Snyder’s top priority was reforming Michigan’s economically destructive business tax. In 2011 the Legislature passed and Snyder signed a sweeping overhaul of Michigan’s income tax for both businesses and individuals. Among many changes, this eliminated a variety of special income tax exemptions and deductions benefitting certain developers, nonprofits and individuals.

But like water flowing downhill, cronyism tends to expand in legislative bodies, as illustrated by a number of bill introductions and at least one vote to bring back the special privileges repealed in 2011. The vote was by the Senate on a bill to grant certain developers tax breaks and outright cash subsidies for rehab projects deemed by local and state corporate welfare officials to involve a “historic” structure – a form of handout that had been scotched by Snyder’s 2011 reform.

This one was promoted as misguided social engineering, not “economic development,” but it’s no more likely to achieve its purported goals than the big corporate welfare bills. To address alleged food deserts in urban areas, the bill would earmark between $1 and $2 million annually to be divvied among a few urban grocery store and delicatessen owners. Specifically, stores that sell unprocessed or fresh meat, fruits and vegetables or dairy products would qualify. In fine cronyist fashion, protectionist language was added prohibiting subsidies for new stores opening within a mile of a competitor.

Coincidentally, in the same month the bill was signed into law, a study published by the National Bureau of Economic Research found that such measures are unlikely to have any impact on nutrition. The poor dietary habits of low-income households are, it said, largely explained by differences in “education, nutrition knowledge, and regional preferences” – not the supposed unavailability of fresh food.

Michigan House Republicans took yet another run at reforming the state’s no-fault auto insurance system, which forces motorists here to purchase the most expensive coverage in the nation and makes insurance unaffordable for far too many.

The proposed bill would have given vehicle owners the option of purchasing less-than-unlimited personal injury protection benefits. It also would restrict the power of hospitals to gouge insurers – and through them, every vehicle owner – for the cost of treating crash victims.

Never mind the demagoguery about making the currently unlimited personal injury coverage optional (and still the nation’s most generous coverage), the real force against this bill was state’s hospital lobby. Big Hospital perhaps became the state’s most powerful special interest after the 2013 Legislature voted to accept the Obamacare Medicaid expansion. That move brought approximately $4 billion in annual “free” federal dollars that now flow to Michigan hospitals.

Finally, some good stuff actually passed. In 2010 the U.S. Supreme Court ruled that politicians may not restrict political free speech if the speaker is a corporation, a category that includes many nonprofits organized by individuals motivated by political beliefs. One consequence of the ruling was an explosion at the federal level of so-called “super-PACs,” which can engage in political speech, are not subject to spending limits and don't have to reveal the names of individual contributors to nonprofits that themselves donate to a super-Pac. In 2017 Michigan lawmakers accepted the premise by inserting essentially the same provision into this state’s complex campaign finance regulatory regime.

Former New York Mayor Michael Bloomberg made headlines by banning sugary soft drinks served in containers larger than 16 ounces. Subsequently, some communities around the country enacted local soft drink taxes. Some local politicians in Michigan apparently liked the idea, and it seemed just a matter of time before nanny-state local governments here followed suit. In a notably expeditious process, legislation preempting local taxes on food and beverages was introduced in late September and signed into law by Halloween.

By the start of 2017, unfunded taxpayer liabilities in Michigan’s state-run school pension system had soared $4.3 billion higher than when the Legislature enacted a faux-reform in 2012. This development undercut the credibility of those insisting that the status quo system was sound and sustainable, and strengthened the hand of legislative leaders who felt misled by some reform opponents inside state government.

Last year’s legislative product was messy and more complicated than it should have been, but it nevertheless appears to get the pension-reform job done. Starting next month, 401(k) accounts (with generous employer contributions) will be the default for new school employees. New hires who select a traditional defined benefit version will be on the hook themselves for future underfunding, which makes it unlikely that many will choose this option.