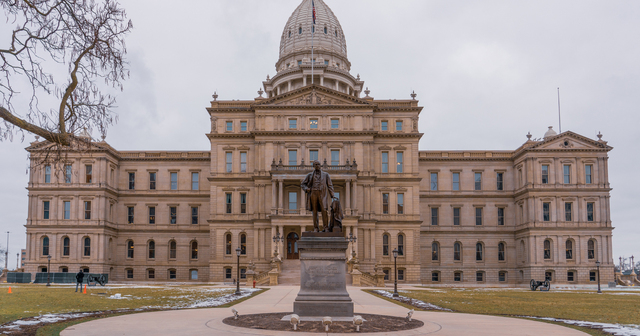 There’s a problem with public pensions in this country, but it’s not the one people think of. The political right criticizes generous rules that allow public servants to retire early and collect big checks. The left is more sympathetic to public workers, but it tends to wave away the major problem: It disregards the debts that taxpayers have racked up in pension systems. This has been bad for everyone involved. Fortunately, lawmakers have been making progress at fixing this situation.

Some people wrongly assume that way to solve pension problems is to get more people into the system. This is understandable because it’s how the retirement system that most affects them, Social Security, works. In Social Security, the federal government sets rules for workers to pay to the system and for the government to pay out benefits, so any problems in paying bills in the future can be solved if there are more people paying in.

But government employee pensions operate differently. Instead of setting formulas, public officials set money aside to pay for benefits as employees earn them, and adjust how much they put in the pension system based on projections made by actuaries. We entrust pension managers to invest the money in the market and then pay the pension each employee earns. The pension system doesn’t need more people to make its numbers work, it needs enough money in it to pay for what is being promised.

That’s the problem: Lawmakers around the country haven’t saved enough money to pay what they’ve promised. Taxpayers need to put somewhere between a trillion and $4.7 trillion into these pensions systems to pay what has been promised to our public servants.

It’s a problem in Michigan, where lawmakers and administrators low-balled what they expected benefits to cost and then shirked their responsibility to pay down their debts. Taxpayers still need to put $33.8 billion more into the state-managed school pension system, $6.5 billion more into the state employee pension system, and another $10.8 billion in all of the local government systems.

This combined pension debt weighs more on the state than the debt it has taken on through bonds. Without ever asking public workers and retirees about it, lawmakers have made them the state’s largest creditors.

Paying off the debts and stopping them from growing has been a priority for the Legislature and governor in recent years. They have put $1.9 billion more last year into the state’s pension systems than they did a decade ago, more than doubling contributions, when adjusting for inflation. Even as lawmakers were struggling to find more money for roads, they were able to find it for the extra contributions for the pension systems. Paying off these debts would free up money for more important uses than filling holes in the pension system — holes that the state shouldn’t have had in the first place.

Lawmakers have done something else to protect both taxpayers and pensioners. They’ve started tightening up the assumptions about existing debt. One reason that pension debt exists is because administrators had been doing things like assuming that they’d get an 8% return on pension investments, only to struggle to get that level of return. They’re assuming 6.8% now, and may continue to further adjust that assumption downward to match investment realities.

Lawmakers also worked to contain the debt as well. State workers who were hired after 1997 earn 401(k) benefits rather than conventional pensions. Since taxpayers pay their obligations up front in a 401(k) system, the cost of benefits aren’t deferred into the future like they can be in conventional pension systems. Lawmakers began offering these benefits to public school employees since 2010. In 2017, they further limited the ability to promise benefits now and pay for them later.

Between limiting the ability to rack up new debts, using assumptions about investment returns, and putting more cash into the system, the state is on a course to pull itself out of pension debt, though it may still take years. Lawmakers ought to continue to pay down what has been owed, which will be good for both taxpayers and public servants.