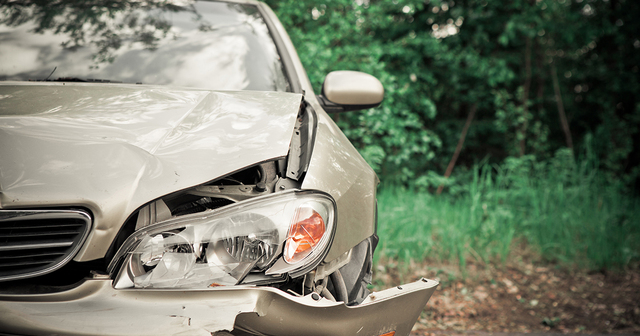 MIDLAND — State lawmakers are poised to take a huge step towards reforming Michigan’s auto insurance laws. The status quo is unsustainable, producing extraordinarily expensive premiums for drivers, leading to one in five drivers having no insurance coverage at all. House Bill 5013 would give drivers more choice over the type of coverage they could purchase and require insurers to reduce their premiums accordingly. Mackinac Center experts support this bill.

“Michigan drivers pay among the highest premiums costs in the nation with little to show for it,” said Michael Van Beek, director of research at the Mackinac Center. “Forty-nine other states ensure adequate coverage for drivers without the exorbitant costs we have here in Michigan.”

The main impetus for reform is that auto insurance costs are out of control. According to a new analysis by Crain’s Detroit Business and Bridge Magazine, average costs for treating injuries from car accidents tripled from 2000 to 2013. Michigan’s average cost is now five times more than the next highest state.

A key reason for these astronomical costs is Michigan’s entirely unique policy that requires all drivers to purchase an unlimited amount of personal injury protection. No other state in the country forces drivers to purchase such an expensive benefit.

Additionally, there is no corresponding fee schedule used for medical providers. Absent a fee schedule, hospitals and other medical providers can and do charge auto insurers as much as they think they can get away with, which leads to the bizarre fact that treatment for injuries sustained in car accidents costs three to four times more than the very same treatment for injuries incurred some other way.

“There are several significant problems with Michigan’s no-fault auto insurance system,” Van Beek said. “But the first priority in reforming the system should be to provide relief for Michigan drivers. They’ve endured outrageously expensive premiums for far too long. If people still want unlimited coverage, they can choose it — but they should also have the choice for other coverage amounts that would save them money.”

HB 5013 would allow drivers to choose a level of coverage that better suits their needs. Drivers could still purchase the current unlimited amount of coverage if they choose, but they could also opt for a $250,000 or $500,000 limited plan. The bill would also create a fee schedule for medical services paid for by auto insurers, similar to those already used for the state’s workers’ compensation program and the federal Medicaid and Medicare programs. It also requires insurers to reduce their medical coverage premiums by up to 40 percent for the next five years.

Despite these clear improvements in HB 5013, lawmakers are also considering a competing package of bills that would modify Michigan’s no-fault laws. While this package would also institute a fee schedule, it includes other changes that would further erode the no-fault system and likely increase the cost of premiums, which are already the highest in the nation.

The bill package, House Bills 5101-5111, contains several bills that are aimed at making it easier for trial attorneys to sue auto insurance companies and to win those lawsuits. Insurance companies, who regularly pay out more in claims than they receive in revenue from premiums, would have to add the price of this increased risk of being sued into their premiums and drivers would pay more.

“At the end of the day, this competing package of bills may actually increase premiums for drivers,” Van Beek said. “The vast majority of people will never feel the need to sue their insurance company, so making it easier for trial attorneys to do so at drivers’ expense is not dealing with the fundamental problems of the status quo.”