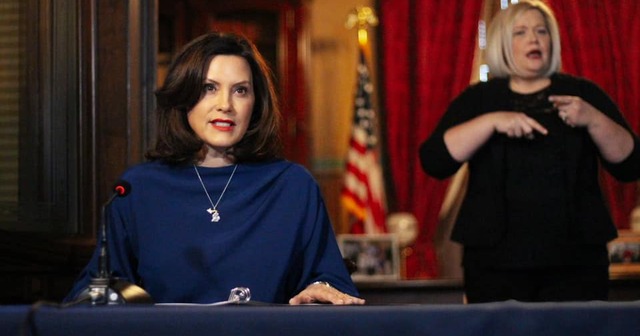 The earlier goodwill between lawmakers in their response to the COVID-19 pandemic is over. Trust has been severed and there seems to be no hurry to gain it back. This may mean that people will have to decide for themselves how to best keep safe in this pandemic rather than to rely on orders and leadership from Lansing. This may sound like a radical change, but maybe things won’t be different from what they are now.

Distrust within state government leaders started to build early in the response to the pandemic. Gov. Gretchen Whitmer said that she had no plans to close schools or issue a stay-at-home order, and then she did both shortly afterwards. Some of her statements — like predicting 460,000 deaths in Michigan from the virus — seemed extreme. Her orders inconsistently and arbitrarily applied the guidance public health experts offered to prevent the spread of the disease.

Those actions fostered distrust among people generally, but also among the legislators that she needs to support her orders. She has rejected their input about how to structure her orders. She criticized them for holding meetings, even though she needed them to meet in order to extend her orders. And in the most personal act of rejection, she violated Senate Majority Leader Mike Shirkey’s trust by releasing some of their correspondence to the press.

Gov. Whitmer needs the Legislature because her emergency powers are temporary without legislators voting to extend them. The lack of trust and difference in opinion between the two branches of government may mean that legislators let those powers expire.

Her orders cite two portions of state law that give the governor the ability to issue emergency orders. There is broad authority to issue orders that carry the force of law given in a 1976 act, but those may only be issued for a 28-day period without the Legislature extending the emergency.

The Legislature has already given an extension, but it expires tonight.

The governor still has some authority to issue emergency orders under a 1945 act. This statute is silent on how long a declared emergency may last.

She can theoretically establish new justification for her orders under this statute.

There have already been multiple lawsuits filed to challenge her authority to issue broad orders. And they now include one from the Legislature itself, where the House voted through a resolution to pursue legal action against the governor.

Thus, the formal legal orders — and punishments — that have bound our interactions with each other may expire soon. Or at least be thrown further into confusion.

I am not sure about all of the orders, but the shelter-in-place order seems to be the one that binds people the most from interacting with each other. If that order does not have the force of law, the response to the pandemic will be one of individual responsibility. People will have to rely on their own judgment of risks and weigh their own concerns about public safety.

Which, when it comes down to it, isn’t all that different from where we are today. The governor’s orders only “work” if people take them seriously and voluntarily comply. There aren’t enough police to enforce them, and police use their own judgment of propriety in enforcing rules already. There are enough real crimes and real safety concerns happening throughout the pandemic that enforcing six-foot distancing rules seems like a low priority. In other words, the effectiveness of orders relies not so much on their legal authority and legal enforcement, but rather on people’s willingness to adopt their prescriptions.

Indeed, people started adjusting their behavior in ways that the executive orders call for, even before the governor issued them. For example, they were going out to eat less, days before the governor ended sit-down restaurant services. They were wearing masks before it was required. Businesses were promoting remote-work arrangements before people were ordered to stay home.

How much and to what effect individual efforts limit the damages of the disease is uncertain. That’s not much different from where we were before because the effectiveness of orders themselves are uncertain.

There will continue to be a government role in responding to this pandemic even if there were no orders to stay at home. But the veneer of officialdom will wear thin as the authority behind the orders become less certain. It has always been an individual responsibility to be safe, even with official-sounding orders that make it seem like it is our government’s responsibility. I hope that we all exercise good judgment.